Engine 22 was organized on March 15, 1871 in the former quarters of the Hibernia Fire Company on Evalina Street east of 3rd Street.

They were assigned an 1859 Reaney & Neafie first size steamer and a hand-drawn hose carriage. The steamer was purchased from the Hibernians for the tidy sum of $3,500.00.

Engine 22 moved into a new station at 214 Pine Street during 1908. The company would be stationed at this location for forty-two years. In 1950 Engine 22 moved in with Truck 4 at 319 Delancey Street. They would remain here until August 1, 1952 when they were disbanded to re-organize Engine 49. On April 7, 1964 Engine 22 was re-organized at Academy and Comly Roads in a new station with newly organized Ladder 31. 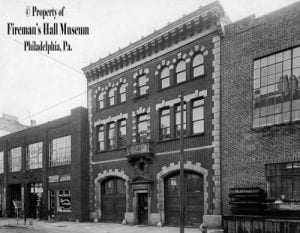 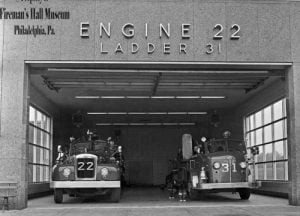 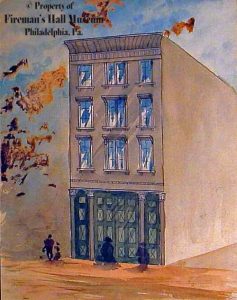