Engine 21 was organized March 15, 1871 at 714 N. New Market Street in the firehouse formerly occupied by the Northern Liberty Hose Company. A total of $250.00 in rent was paid to the former volunteer company during 1871.

Mrs. Twaddel was the company matron.

Foreman James C. Baxter was a 27 year old upholster when he was appointed to the newly organized department. He was promoted to Assistant Engineer on February 9, 1872. On October 13, 1892 he was appointed Chief Engineer of the Bureau of Fire. He would serve in this position until January 3, 1911 when he retired.

Engine 21 became legendary in the late 1960’s and early 1970’s. It was during this time the buildings in Engine 21’s local were being torn down to make way for the construction of I-95. It wasn’t uncommon for Engine 21, Ladder 7, and Battalion 4 to be dispatched on a local alarm followed by the box and extra alarms. Old timers have said that during this period, you would eat your dinner by 6:30 PM because you may be out all night at extra alarm fires. During 1969, the department battled 121 extra alarm fires.
On February 13, 1973 Engine 21 was disbanded to organize Engine 76 at Northeast Airport. 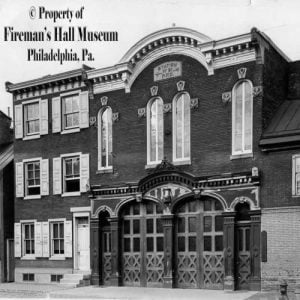 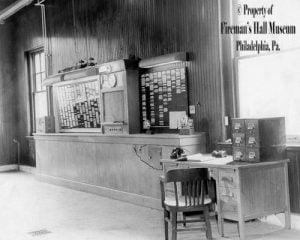 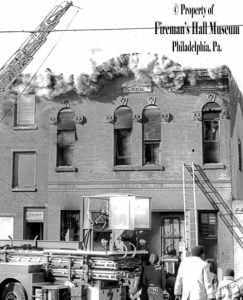 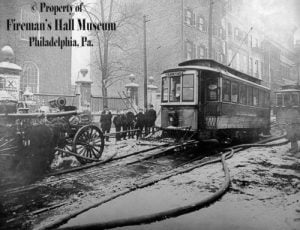 Engine 21 using a hose jumper to allow the number 5 trolley to get through on Third Street below Walnut. The fire was located 221-27 Locust Street, Garrett & Gregor Printers, plus extensions to seven other buildings. Box 131, 3rd & Evalina @ 0433 hours. The second and third alarms were struck simultaneously at 0445 hours. 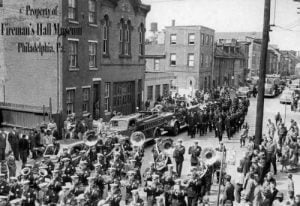 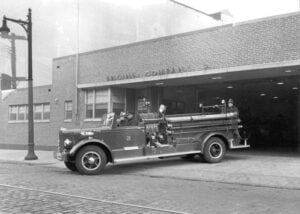