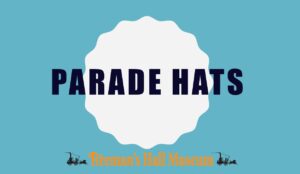 Beginning in the late 18th century, some volunteer fire fighters began to wear hats painted with their company’s name to identify themselves at chaotic fire scenes.

During the 19th century, these fire hats became more ornate, as portraits of historical figures, patriotic scenes, allegorical images, or company icons were painted alongside the company’s name, motto, or founding date.

Made of pressed felt, these “stove-pipe” hats were primarily used in Philadelphia, but other nearby cities such as Baltimore and Washington adopted them as well.

Fire hats were personal items with the owner’s initials often painted on the top of the hat.

While these hats were worn at fires, they are more colloquially known as “parade hats.” Fire companies commonly marched in the many parades of the period and these ornate hats contributed to the visual culture of their day.

These distinguishing features in a company’s regalia often proclaimed the members’ cultural and political identity as well as their position on contested topics such as work, religion, and immigration.

Click on the images below to read the history of each company. 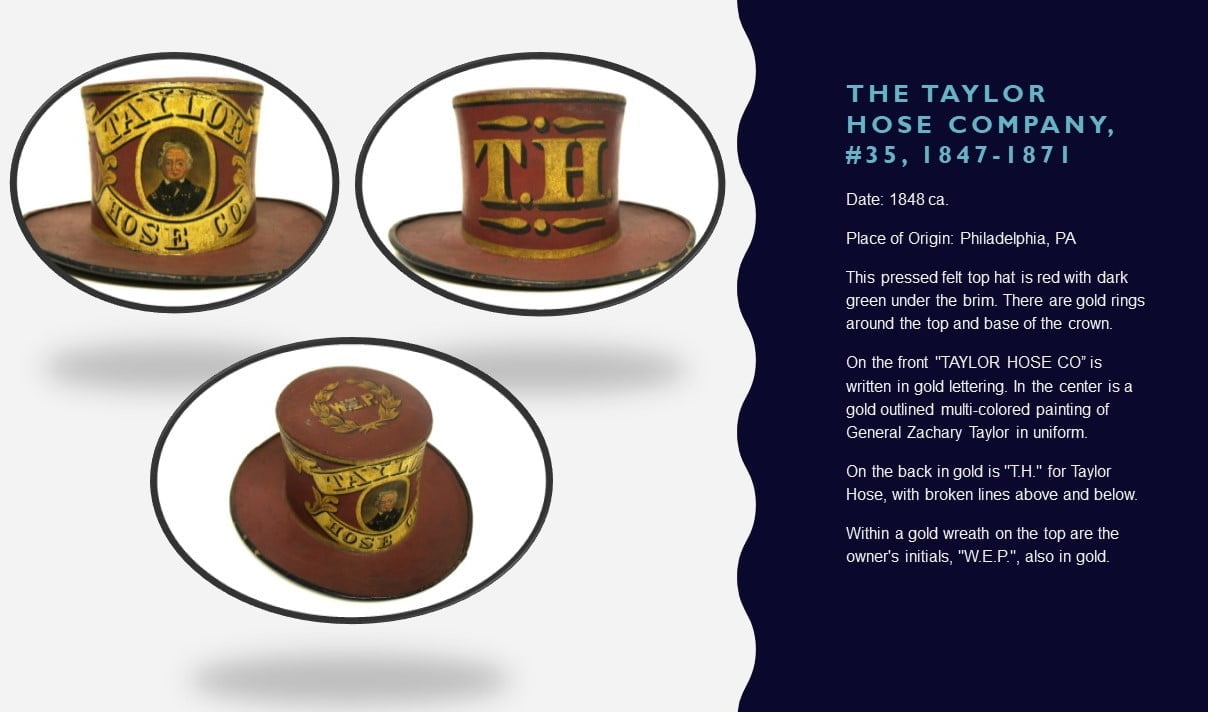 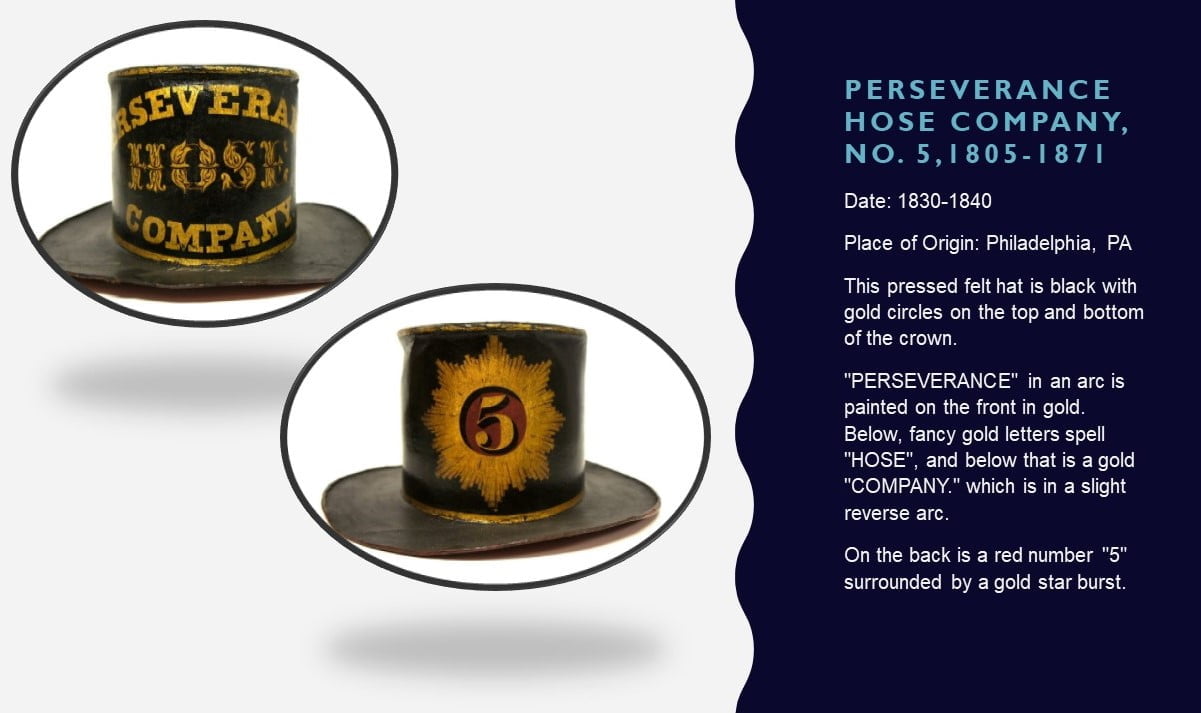 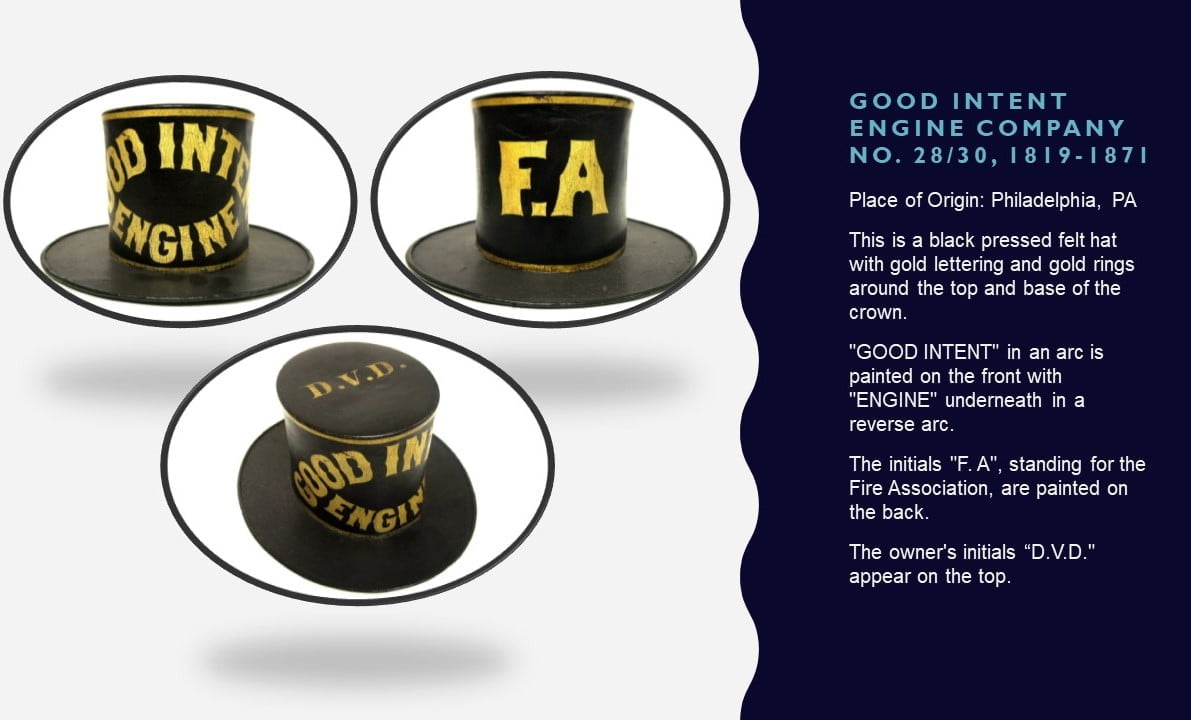 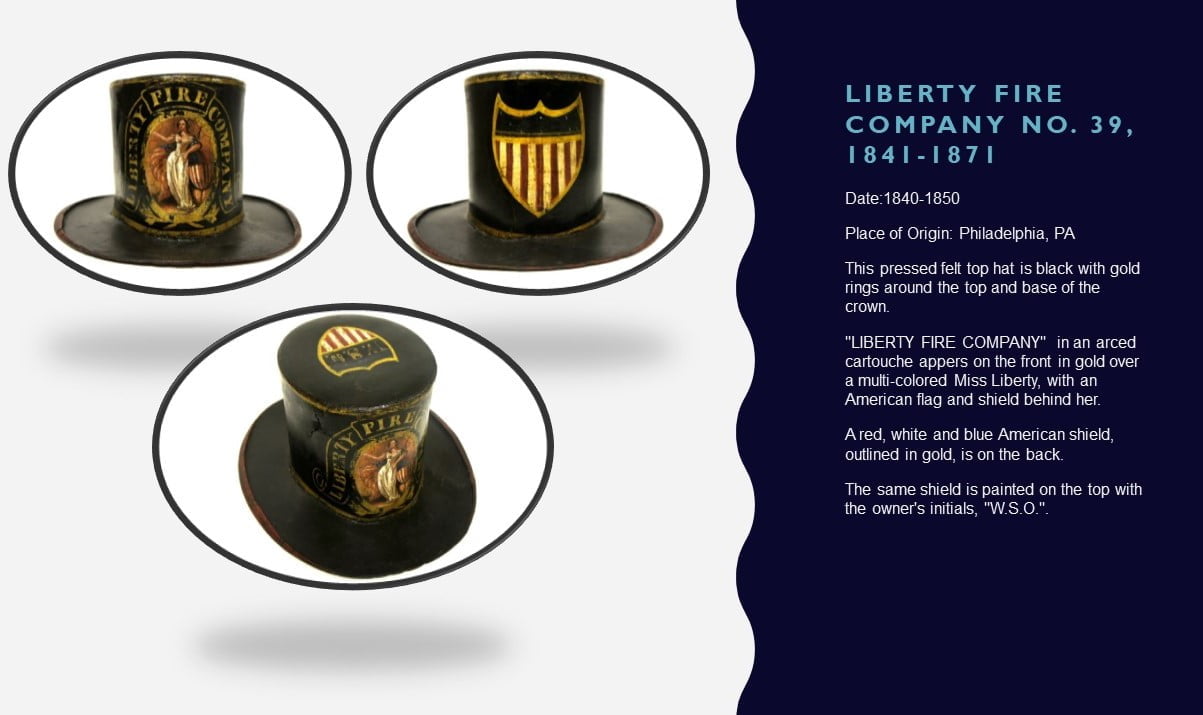 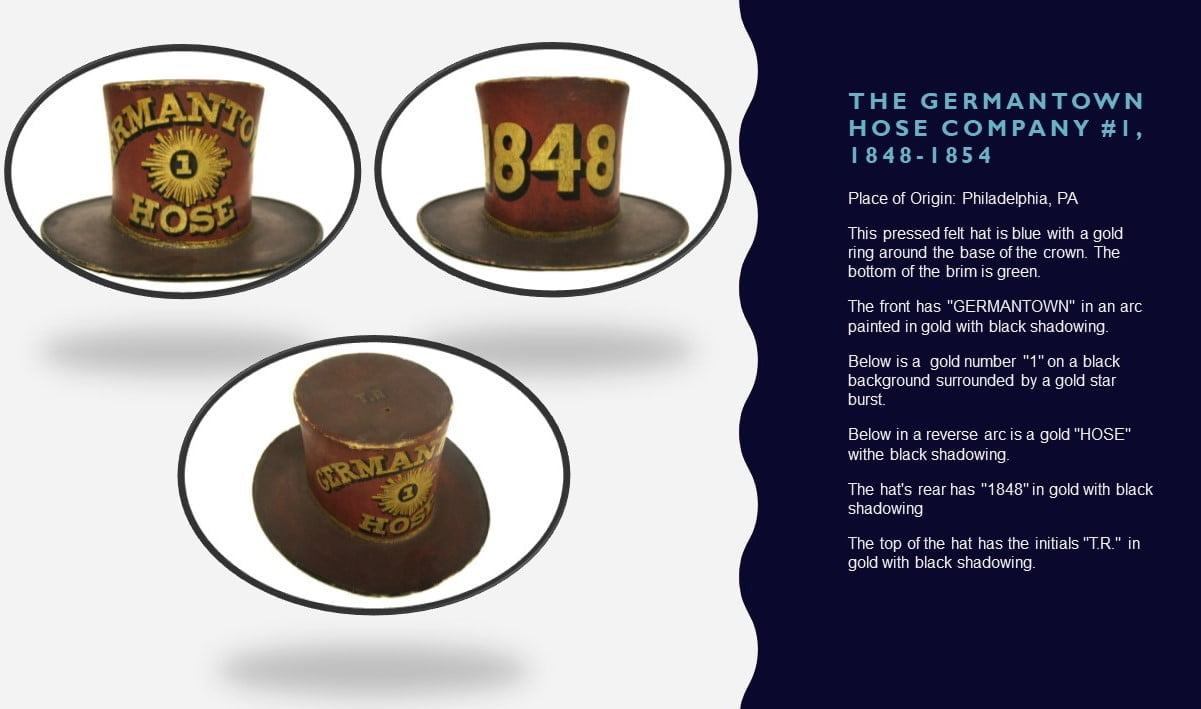 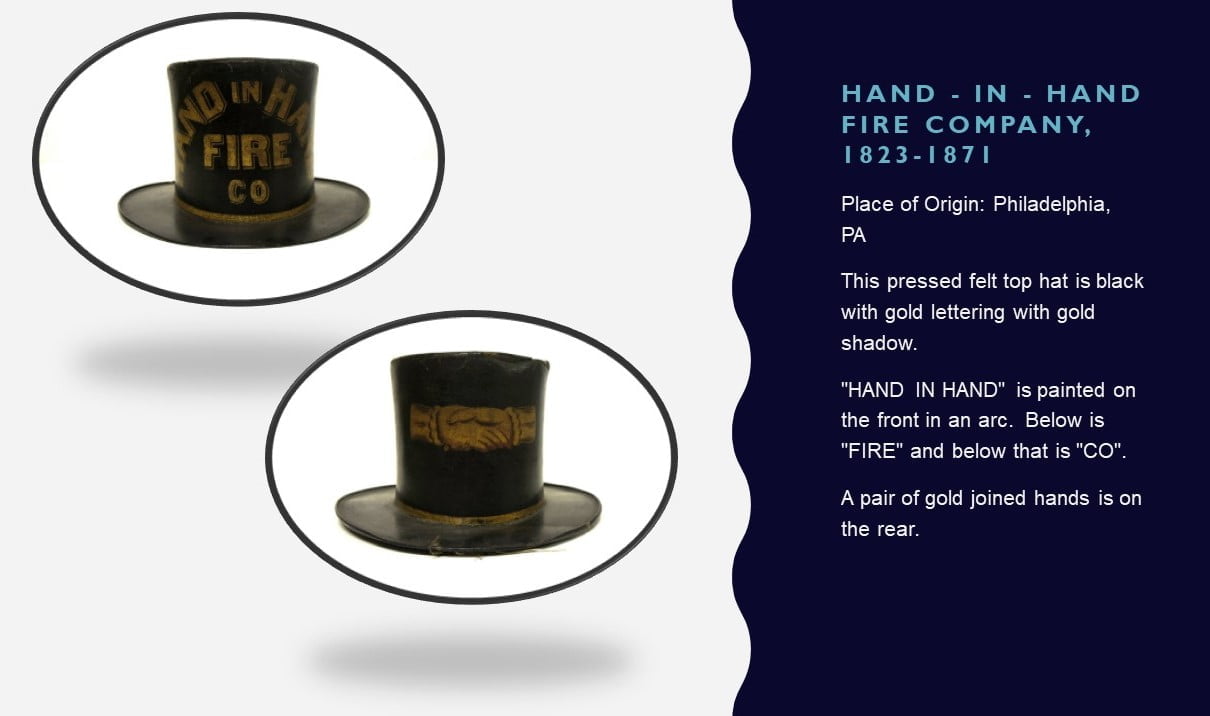 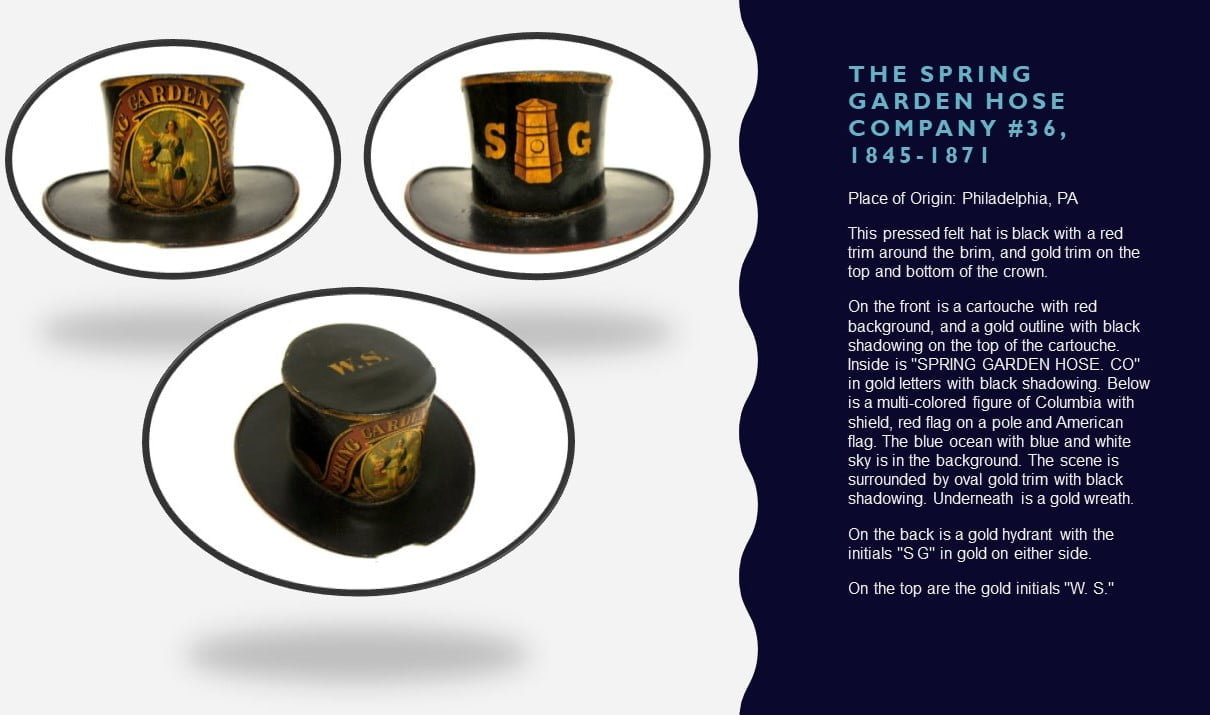 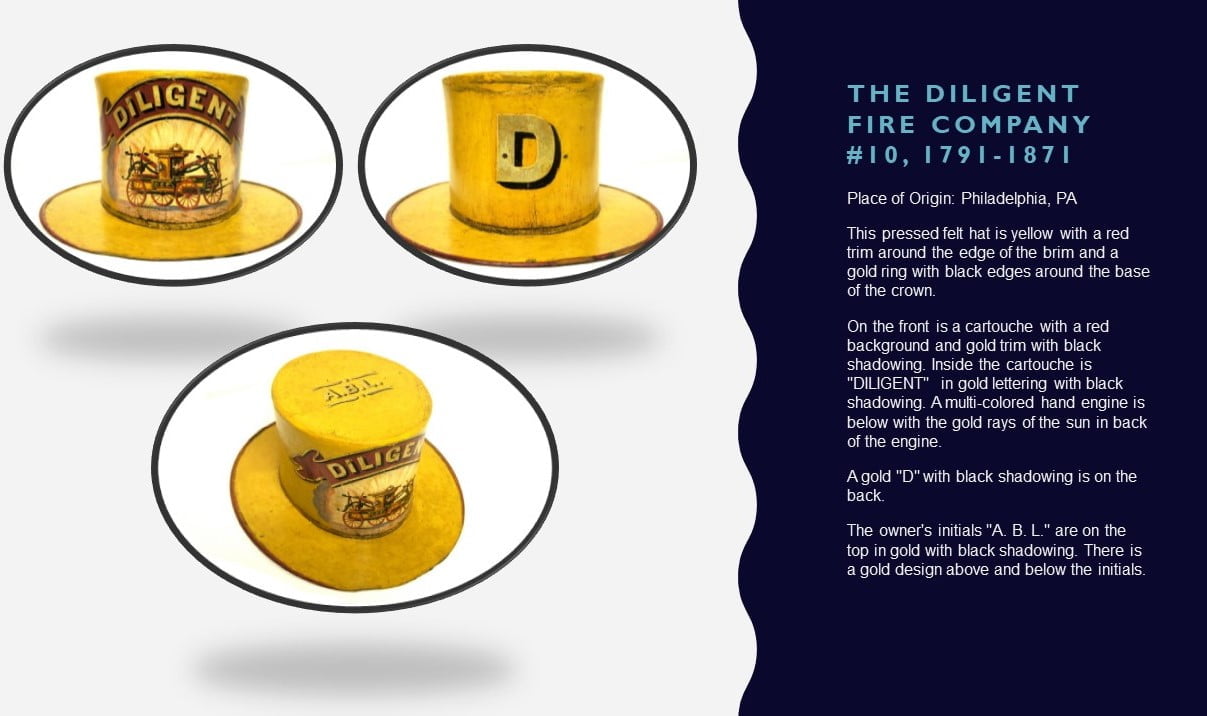 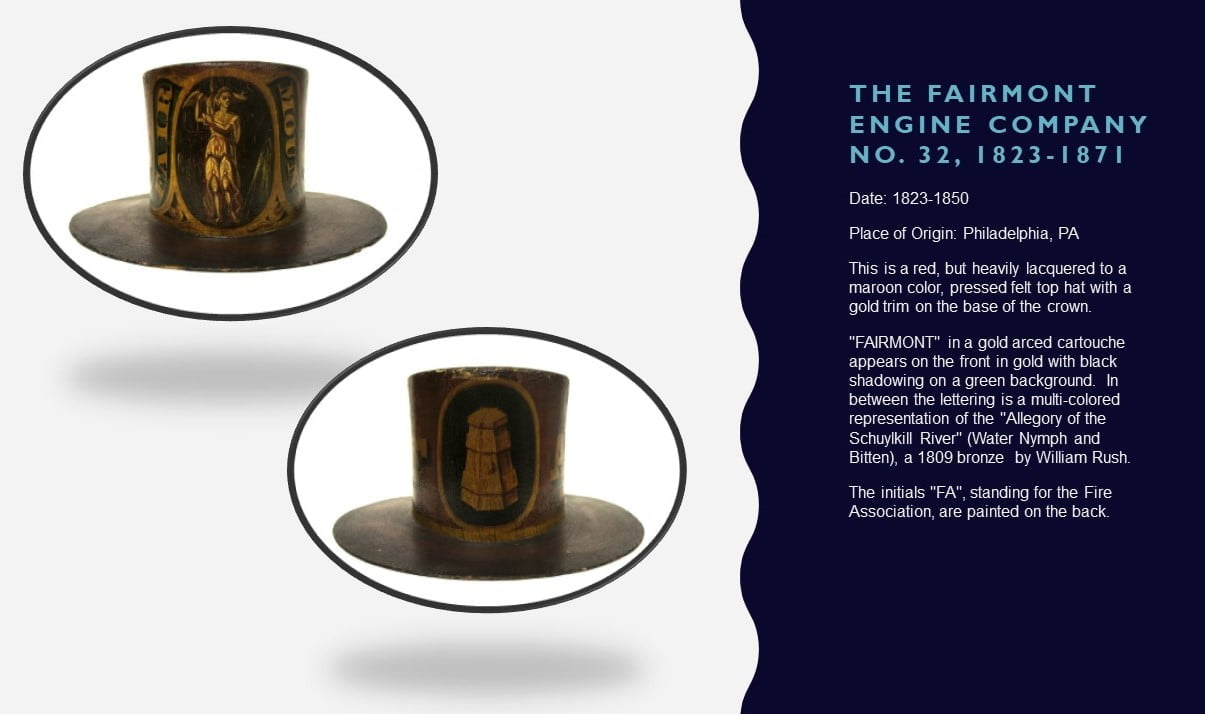 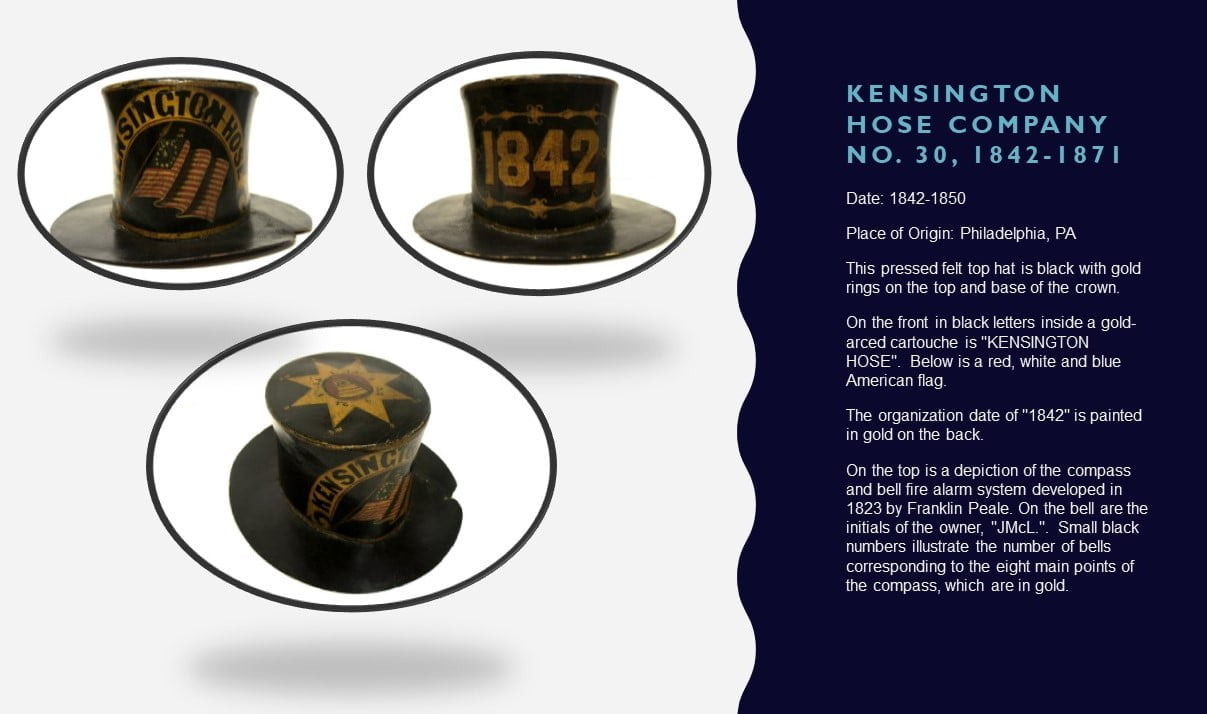 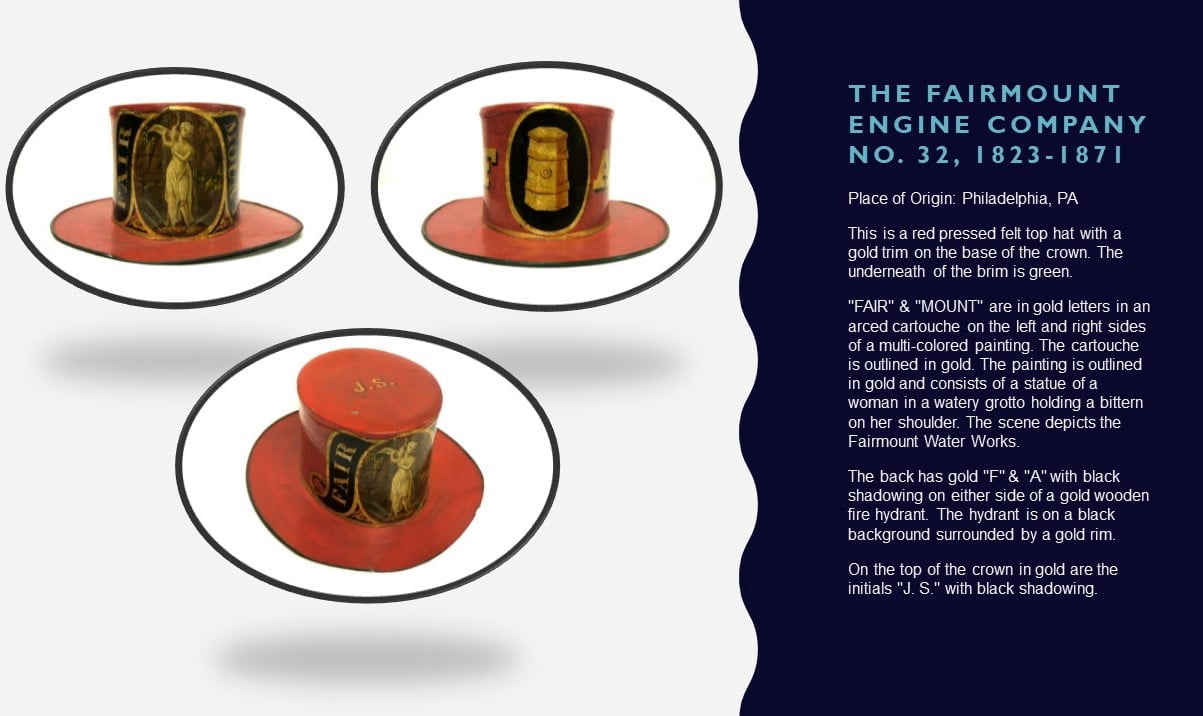 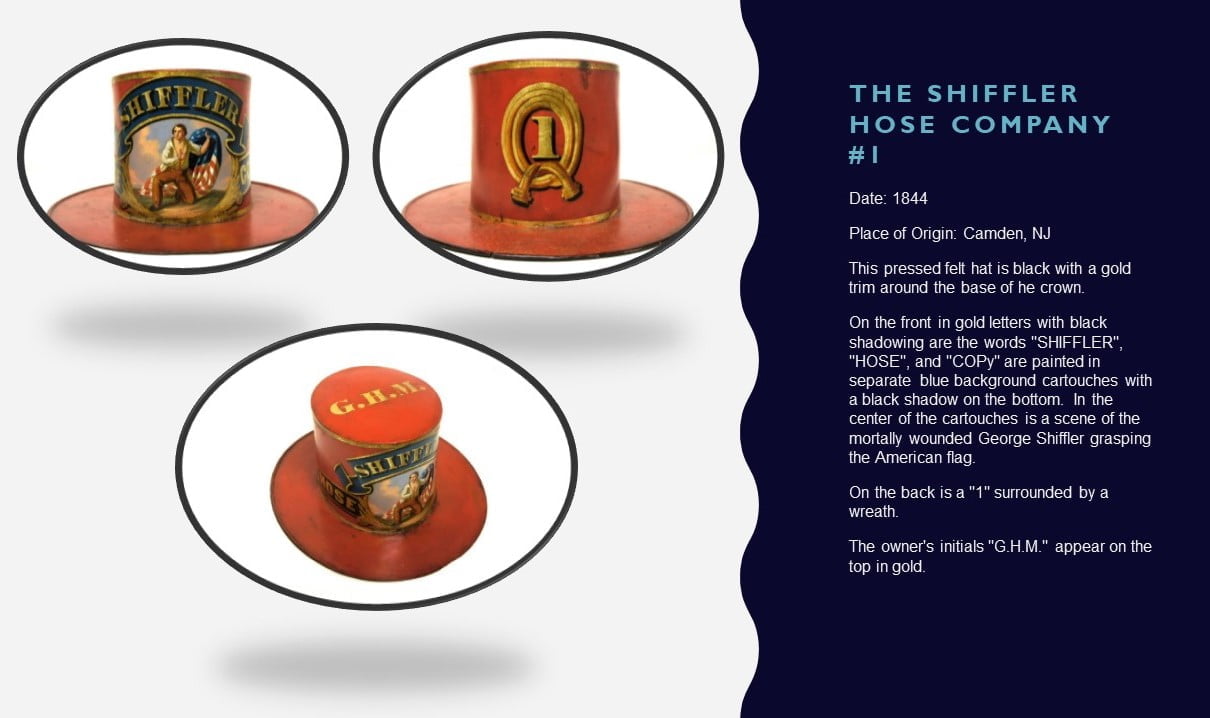