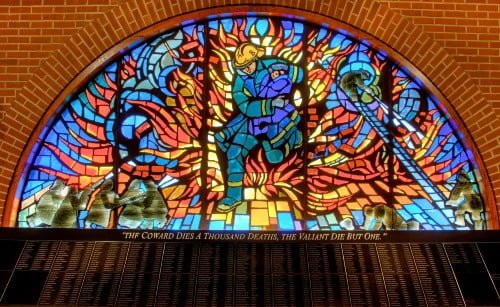 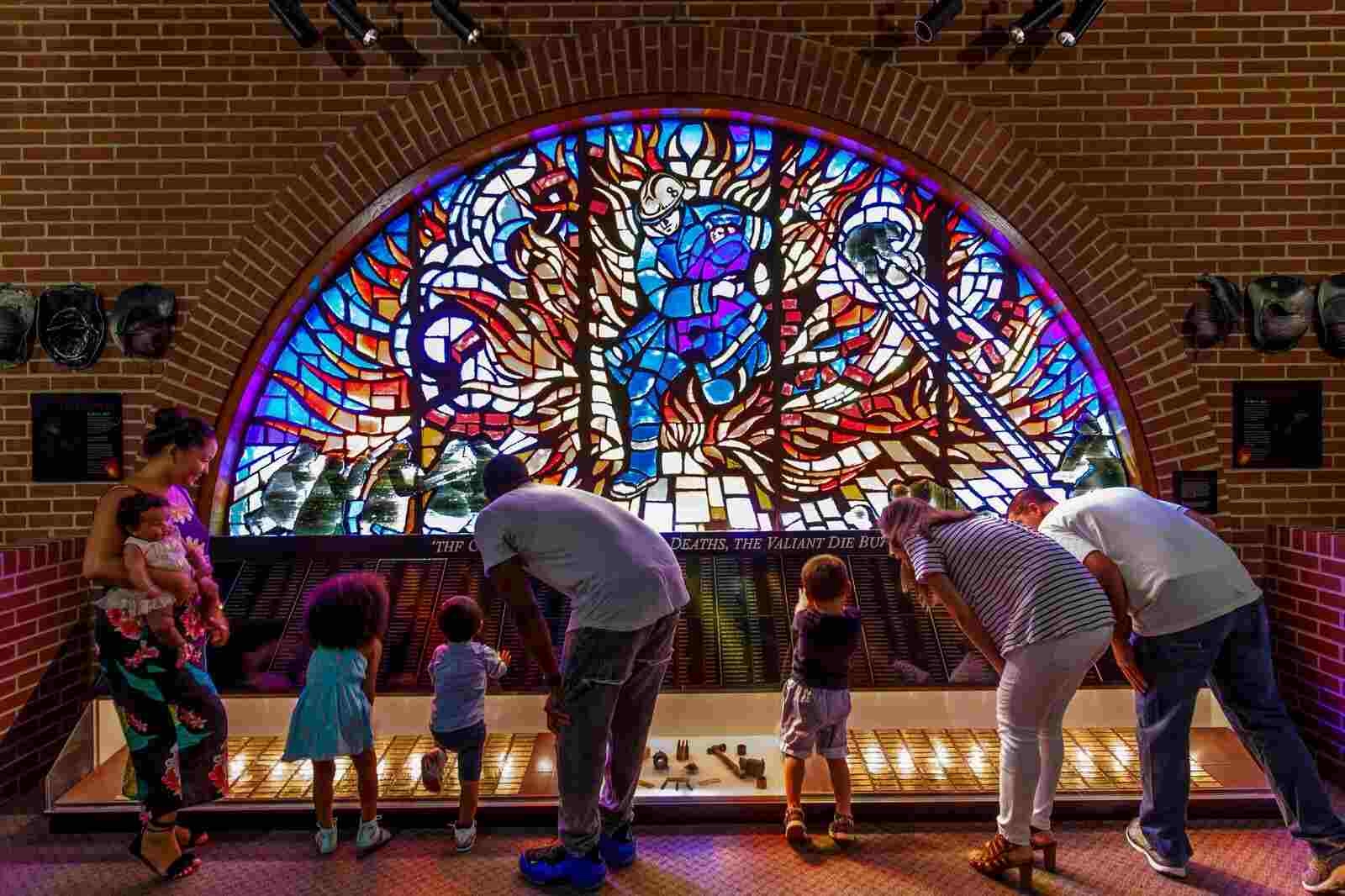 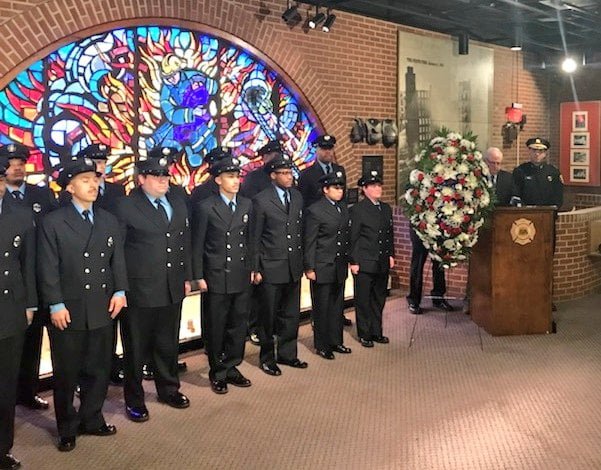 Learn more about each firefighter listed on the wall.

The History of the Memorial Wall
The memorial wall is located on the second floor of the museum along the south wall. The names of 75 volunteer firemen and 299 paid fire fighters of the Philadelphia Fire Department who made the ultimate sacrifice in the line of duty are engraved on tiles that comprise the wall.

Above the wall is a stained glass window dedicated to the memory of these brave and dedicated fire fighters. At the base of the wall are display cases with brass plates with name, rank, company, and date of death hand stamped into the plate. The brass plates are made from the brass ring from the coupling of the hose used by the fire fighter at the time he was killed. The rings are flattened to allow the information to be stamped by hand. The tools and stamps used to create the plates are also included in the exhibit.

The earliest line of duty deaths on the wall date back to May 9, 1791. Twelve unnamed volunteer firemen lost their lives battling a fire on Dock Street near Third Street. The fire destroyed nearly two dozen homes and businesses. Extensive research has been ongoing for the last seven years. This research has uncovered another nineteen volunteers who lost their lives while performing their duties. The most recently discovered volunteer fireman was 21 year old John A. Enger of the Hope Hose Company who was severely injured while engaged in battling a building fire at Shippen & Swanson Streets. On August 13, 1858, while attending a steam fire engine that was pumping water from the Delaware River, Enger fell from the wharf and drowned. His name along with eighteen others will soon be added to the wall.

In early 2021, the museum was approached by Jared Floryshak then a third-year Law & Society major at Thomas Jefferson University. As part of his coursework for his Senior Capstone class in Public Policy Advocacy, Jared was required to create a project and advocate for its implementation. After discussing the needs of the museum with the staff and board, it was decided that Jared would undertake a project to expand and present the information the museum has on line of duty deaths. The memorial wall on the second floor of the museum includes engraved plaques with the name of each PDF firefighter that lost his or her life in service to the city. Jared’s project will greatly expand the information available on each of these brave firefighters. We are currently raising funds to purchase a kiosk that will be stationed near the wall.

Donations can be mailed to the museum – please reference “LODD Memorial Project” in your check memo. We are also accepting donations online, use the donate button below.