Mrs. Routes was the company’s matron.

Captain Huntley was known as “The Fireman with the Charmed Life”. On numerous occasions, Huntley was in the shadow of death but escaped, although often seriously injured. His first encounter occurred less than a month after his appointment to the Bureau of Fire. While operating at a third alarm at the William Smith and Son Hair Pin Factory at 4572-31 Royal Street, a plank fell from the third floor of the building, landing on his head. Hoseman Huntley’s helmet was crushed and he received a concussion.

While assigned as Assistant Foreman of Engine 45, Huntley was critically injured while operating at a four alarm fire at the Thomas Potter Oil Cloth Factory, located at 2nd and Venango Streets. Huntley along with Hosemen James Magee and John Kurtz were operating on the fourth floor of the building when it collapsed. Hoseman Magee was killed. Hoseman Kurtz walked away from the rubble without a scratch. Assistant Foreman Huntley spent three months recuperating from his injuries before returning to duty.

On May 24, 1903, while Assistant Foreman of Engine 23, Huntley’s eyes were badly burned while battling a four alarm fire at the Front Street Warehousing Company at 919-25 N. Front Street. While operating at D. Friedlander Leather Clippings fire at 1116-20 N. Bodine Street on December 21, 1910, Huntley, now a Foreman assigned to Engine 23, was buried in the collapse along with two of his men, Assistant Foreman John F. Kalberer and Hoseman William McConnell. Both Kalberer and McConnell were killed along with eleven other members of the Bureau and one policeman. Huntley would have another close call on April 17, 1913 while assigned to Engine 23. While operating at a three alarm fire at the W.T. Westcott Candy Company at 701-09 Spring Garden Street, Huntley was buried under a falling wall along with three of his men – Hosemen Walter Costello, Frank L. King, and Charles Moritz. Foreman Huntley was pulled from the rubble seriously injured but Costello, King, and Moritz were killed.

These are just a few of the injuries William Huntley sustained during his career. He truly was a man with a charmed life. 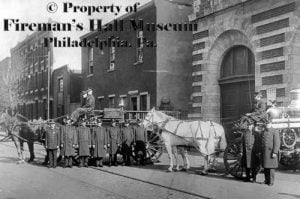 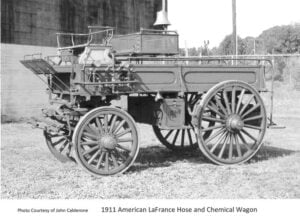 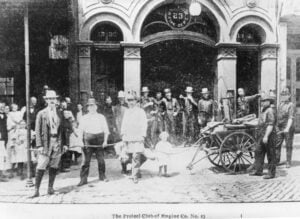