On March 11, 1963 Engine 43 was disbanded and Truck 9 and Rescue 7 moved to Engine 17’s station. These actions were taken in order to raze the old station and build a new one at the same location. Engine 43 was reorganized on January 20, 1964 when the new station was completed. Ladder 9, Rescue 7 and Deputy 1 moved into the new station on the same day. Deputy 1 would move to Engine 47’s firehouse and Battalion 5 would move to Engine 43 on March 24, 1975. Battalion 5 was deactivated on July 1, 1993.

Twenty department members completed paramedic training during 1973. Rescue 7 was selected to be the test unit for the new paramedic program. Beginning October 22, 1973 Rescue 7 responded from Philadelphia General Hospital with a doctor on board from 8:30 AM to 4:00 PM Monday through Friday. They responded with Rescues 1, 3, 9, and 14 on all responses for heart attacks, severe bleeding, and trauma. On October 8, 1973 responses with the selected rescues was amended to the area bounded by Girard Avenue on the north, Snyder Avenue on the south, Broad Street on the east, and 52nd Street on the west. At the end of the trial period, the paired responses were discontinued and Rescue 7 no longer responded with a doctor on board. Prior to implementation of the Mobile Intensive Care Unit (MICU) program, the members staffing the rescues were firefighters detailed into the unit whose only training was basic first aid and CPR.
Today, Squrt 43, Ladder 9 and Medic 7 continue to respond from the firehouse at 2110-12 Market Street. Engine 44 is still operating from the firehouse they moved to in 1908 on Haverford Avenue. 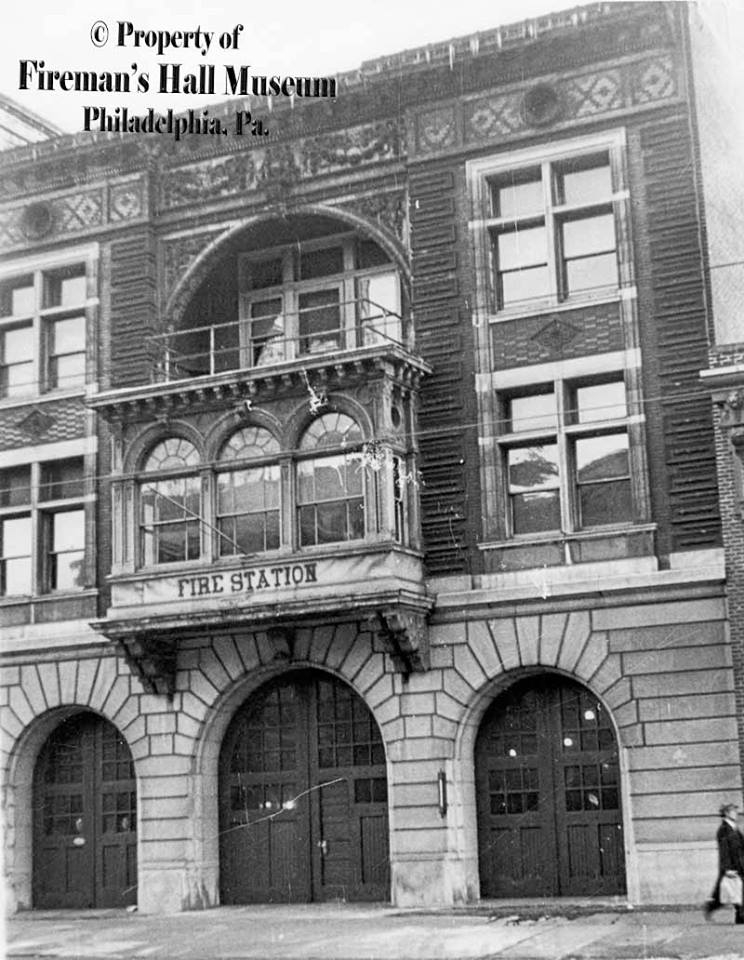 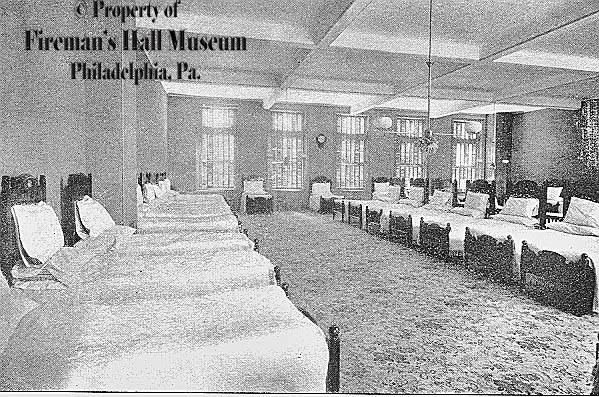 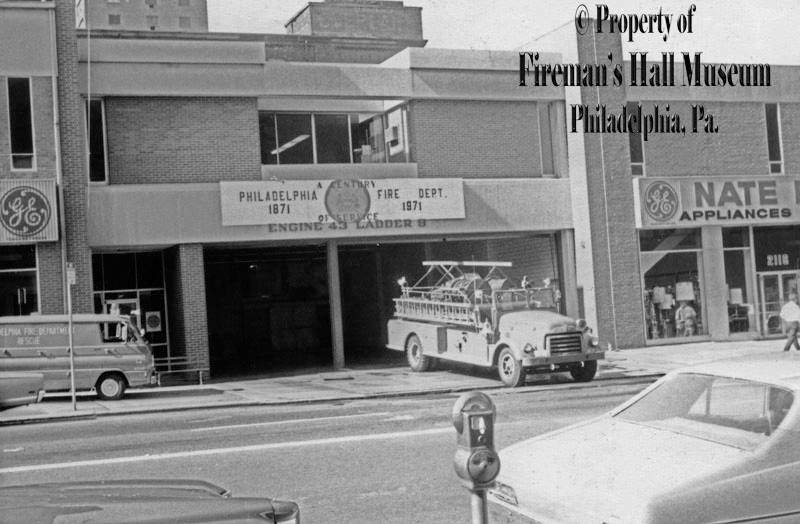 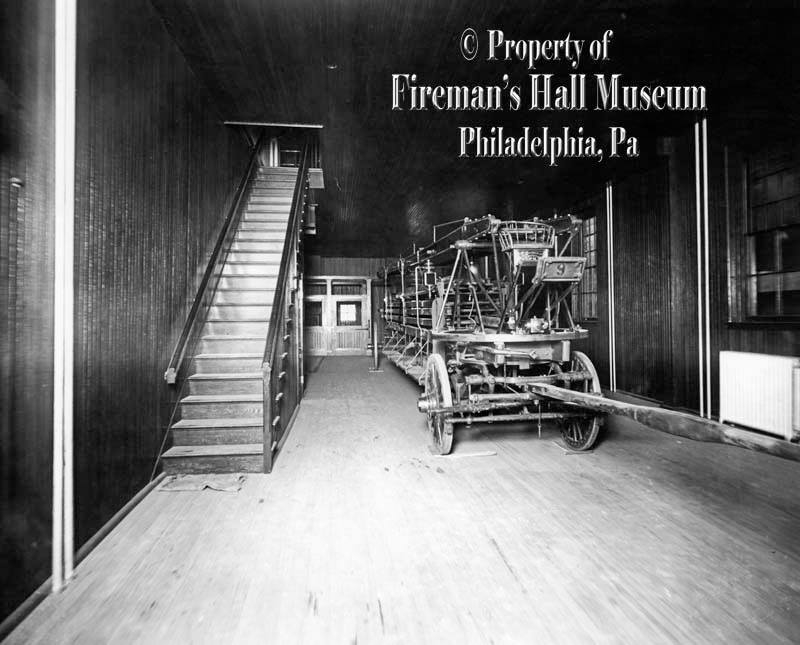 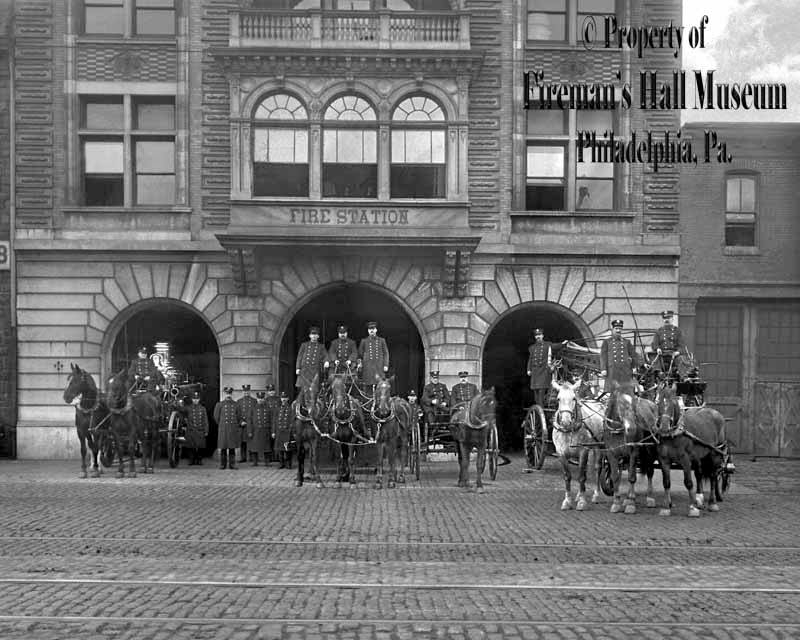 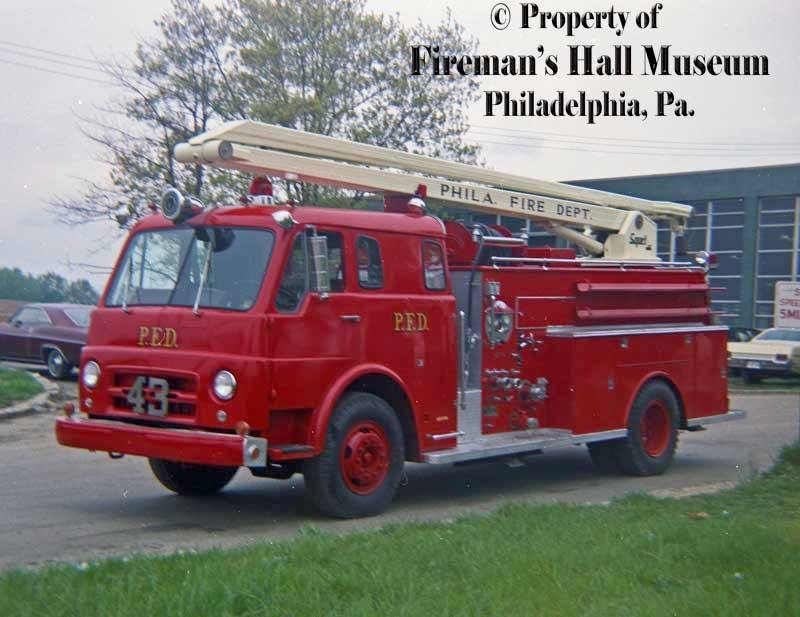 The first Squrt in Philadelphia. 1965 Intl/Central. The Squrt boom was added in 1970. 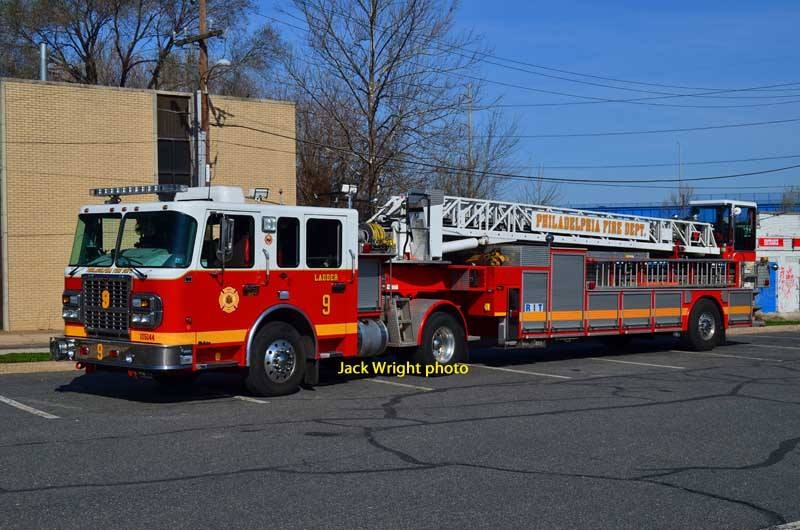 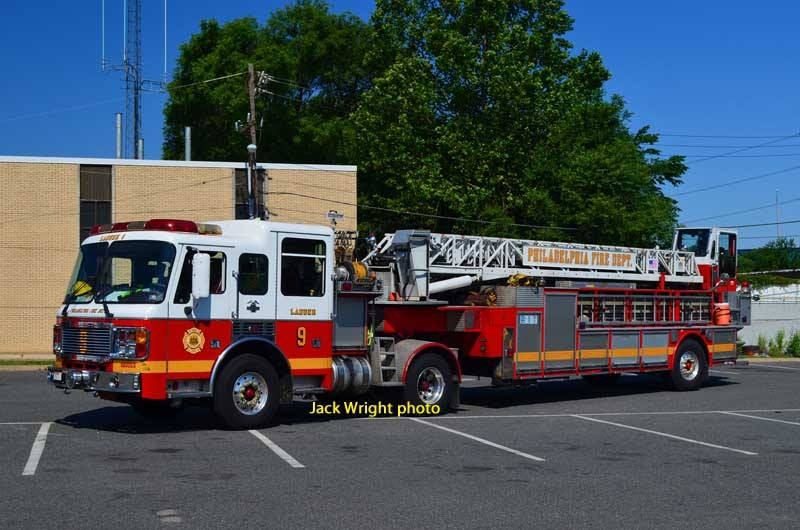 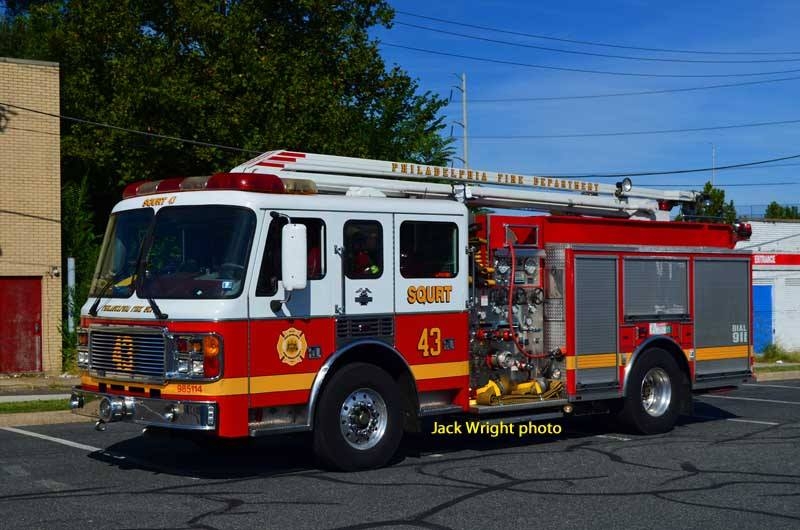 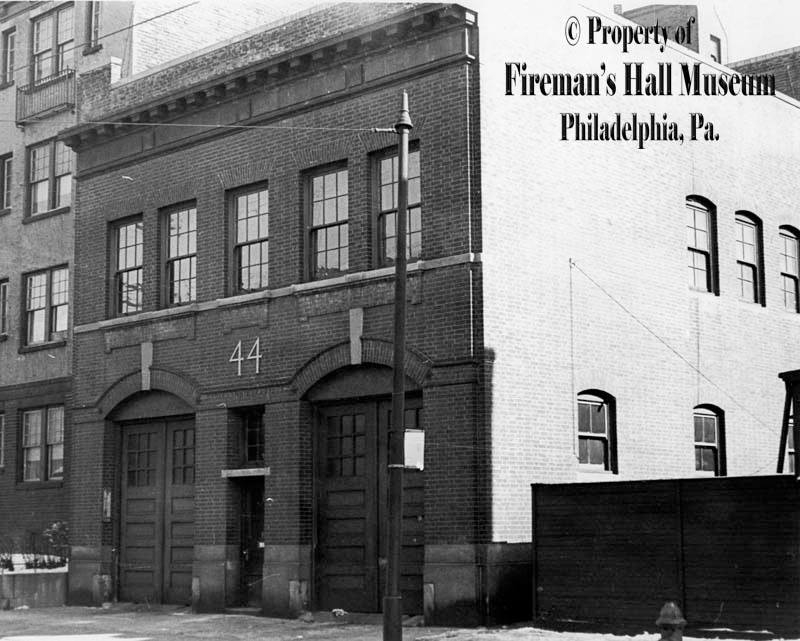 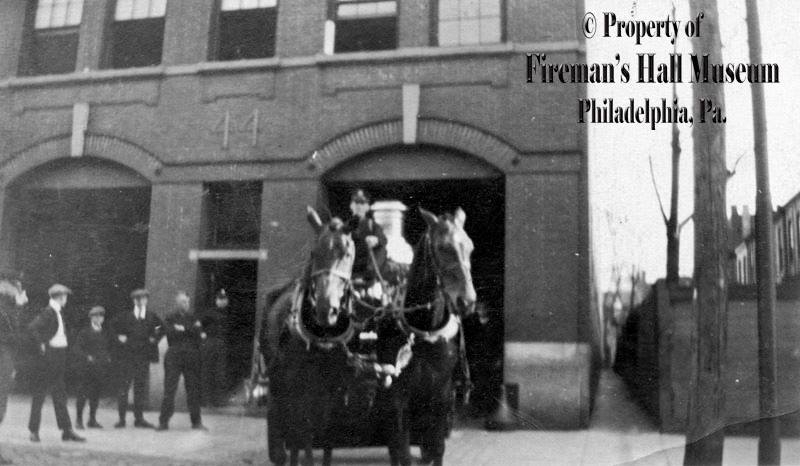 Engine 44 with their 1909 American LaFrance steamer.