The company relocation survey of January 1959 recommended that both companies be relocated to a new station in the vicinity of B Street and Allegheny Avenue. This new station would provide better ladder coverage to surrounding single-engine houses, centralize the station in its first-in boundaries, and provide better access to response routes. These plans would never come to fruition.

On July 15, 1960 Engine 42 was disbanded and Ladder 22 moved to 614 W. Erie Avenue with Engine 55. The old firehouse was demolished to build the new police station at Front and Westmoreland Streets. 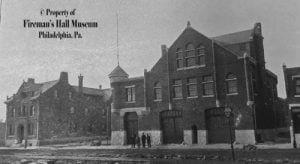 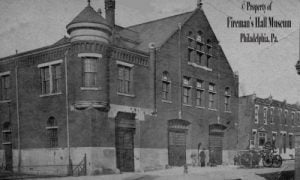 Engine 42 with their 1894 Silsby steamer sitting on the station apron. 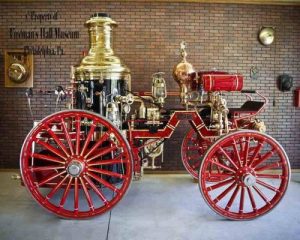