Hoseman William Spiskey was promoted to Foreman and assigned to Engine 2 on April 1, 1875. He resided at 112 Race Street. On February 19, 1878, while off duty, Spiskey intervened in a dispute between two of his neighbors, Dennis Haley and Cornelius Ochsline. He walked Ochsline home and when walking back to the scene of the fight was hit in the head with a paving stone by Haley. Foreman Spiskey was taken to Pennsylvania Hospital. He never recovered from his injuries and died on March 16, 1878. The incident was declared a murder by the police.

From the 1898 Annual Report Bureau of Fire Philadelphia, Page 15 we learned that “The new firehouse at the corner of Second Street and Drinker’s Alley has just been completed at a cost of $13,490. ” This new firehouse was located at 147 N. 2nd Street and would be the future home of Fireman’s Hall Museum. The company officially occupied the building on March 27, 1899. They would remain at this location until October 22, 1952, when they moved to 319 Race Street with Ladder 2. Both companies would move again on July 10, 1968. On that date, they moved to a new station at 4th and Arch Streets. Engine 8 was disbanded January 5, 2009 after nearly 138 years of service to Olde City. 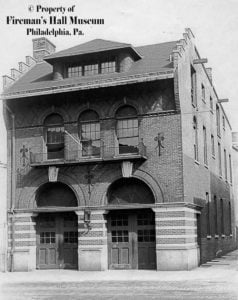 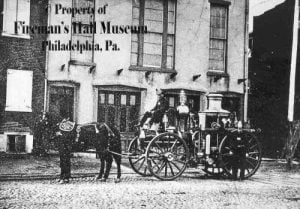 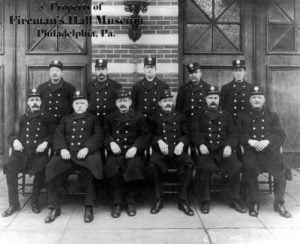 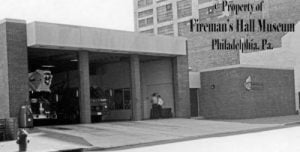 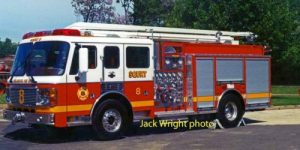