Engine 9 was organized March 15, 1871 at Main and Franklin Streets in the station formerly occupied by the Franklin Fire Company. The city paid $416.66 in rent for the building during 1871. The original company roster was as follows:

Mrs. Thomas was the company matron

During 1880 Engine 9 moved to a new station at Main Street and Carpenter Lane. Approximately 1900 the street name was changed from Main Street to Germantown Avenue. A new station was built for Engine 9 at 6900 Germantown Avenue. The company moved in during 1900. In 1907 Auxiliary Truck A was organized. The Auxiliary Trucks were not a full truck company. They were organized in sparsely occupied areas of the city. Engine 9 responded with three pieces of apparatus at all times, the engine, hose wagon, and ladder truck. On January 21, 1926 Auxiliary Truck A was reorganized as Truck 21, a separate truck company. 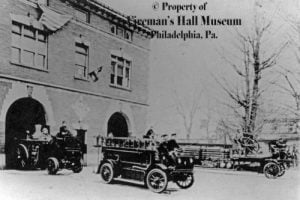 Engine 9 and Auxiliary Truck A - all using tractors powered by electricity, circa 1915 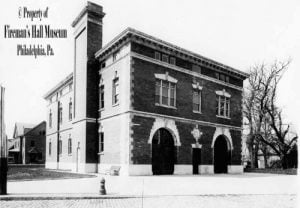 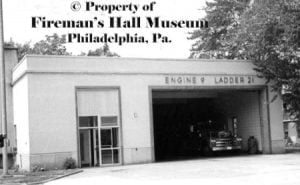