The matron was Mrs. Getty.

Here are some excerpts from the chief’s run book:

Monday June 23, 1913 – Reported to Headquarters at 9:00AM. Received orders for the driver to stay until 1:00PM to receive instruction on the use of the new Cole automobile. The car arrived at the firehouse at 4:40PM that day and was sent into service at 4:50PM – ten minutes later.

This car was one of several Cole autos purchased during 1913. They were equipped with a 35 gallon chemical system, very similar to today’s booster systems. The chief could place the line in service to extinguish a small fire while awaiting the arrival of the horse-drawn engines. 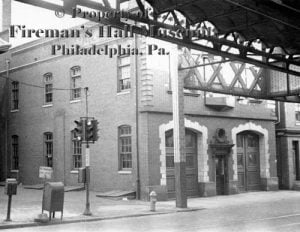 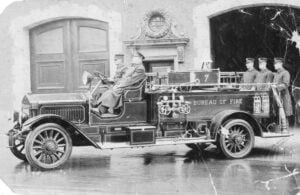 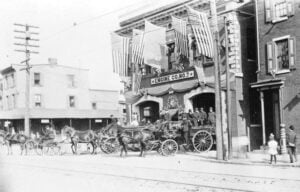 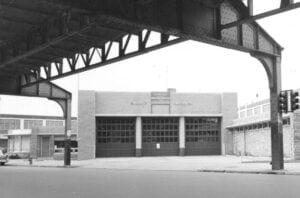