Engine 6 was organized on March 15, 1871 at 134 Allen Street. The company was placed in service in the station formerly occupied by the Good Intent Fire Company. The building was rented from the former volunteers. For 1871 the rent payments totaled $416.66.

Mrs. Worth was the company matron.

The company moved to a new station at 1118 E. Montgomery Avenue during 1875. They would be housed at this location until October 22, 1952 when they moved in with Truck 16 at Belgrade and Huntingdon Streets. The Montgomery Avenue building still stands, but has been renovated and is now a private residence.

Among the items listed on the company’s equipment inventory were two horse boots. These were used in the event one of the horses threw a shoe. The boot would be placed on the horse until the shoe could be fixed (or a 200 series horse was placed in service). I imagine it must have been pretty interesting trying to put one of these on a horse!

Over the course of Engine 6’s years of service, the company played an integral role in the evolution of the department’s water supply strategy. In 1952 the department was operating five pipeline companies. Looking to streamline the department, Engine 6 was chosen for a pilot program to test the feasibility of operating high-pressure engine companies. The company was outfitted with fifteen lengths of 3 ½ inch hose and high-pressure fittings. For ten months Engine 6 was special called to fires throughout the city. The experiment proved to be a success resulting in twenty companies being outfitted as high-pressure engines. The five pipeline companies were disbanded. In 1967 a program was initiated to make all engine companies high pressure. It would take eight years for the conversion to be completed.

On September 8, 1981 an experiment was begun to test the feasibility of using five-inch large diameter hose (LDH). Engine 6 was again chosen to be the test company. In the beginning, the company responded to extra alarm fires as a two-piece company, with the LDH on Engine 106, a 1976 Mack pumper. Eventually, the LDH was placed on Engine 6’s apparatus. Once again the test proved successful. The number of companies equipped with LDH was eventually expanded to thirteen. The Pipeline designation was brought back for these companies. Ironically, Engine 6, which brought about the disbanding of the pipelines in 1952, was now a pipeline. Beginning in June 2016 a program was initiated to equip all non-specialized engine companies with LDH. This was reminiscent of the program that was begun in 1967. The upgrades were completed in June 2017. On June 23, 2017 the “Pipeline” designation was once again relegated to the history books. 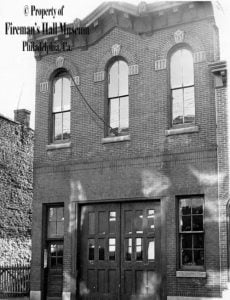 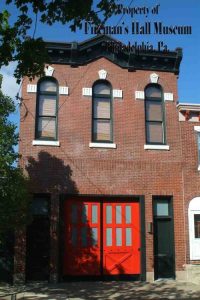 The station at 1118 E. Montgomery as it looked in 2017. It is occupied as a private dwelling 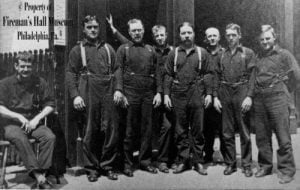 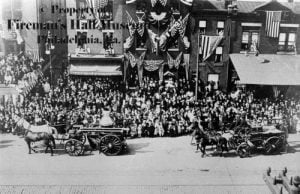 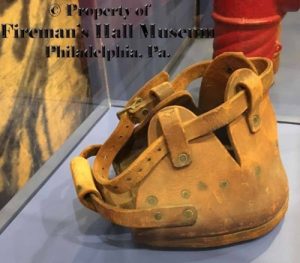 Engine 6 was supplied with two horse boots like this