Engine 48 was organized May 30, 1900 at 930 S. 7th Street. Their building was built as a combined fire/police station. The 2 bay station had one assigned for fire apparatus, the other for police vehicles. They were assigned a 1900 Holloway combination hose and chemical wagon along with an 1888 Silsby second size steamer that had formerly been assigned to Engine 15.

Beginning in 1952, the department began to build new stations, replacing those built during the era of horse-drawn apparatus. During the horse-drawn era, firehouses were built closer together based on how far a horse could run at full speed before tiring. Motorized apparatus could cover a much larger response area faster than the horses. As a result, companies were eliminated and new stations were built centrally, to cover the larger districts. Because of this, Engine 48 was disbanded on July 15, 1958. The station’s site is now a branch of the Free Library of Philadelphia. 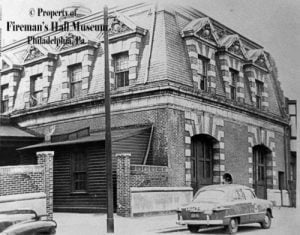 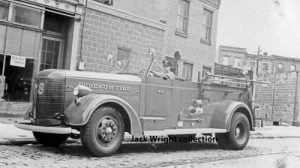 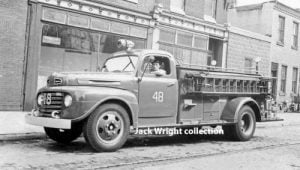