On the morning of Wednesday, March 15, 1871 three hundred and fifty-five men assembled at Spring Garden Hall, at 13th and Spring Garden Streets, to be sworn in as members of the newly formed paid fire department in Philadelphia. These men would be assigned to the twenty-two engines, five trucks, and five battalions that comprised the department which would go into service at 6:00 PM. They would work twenty-one hours a day, with one and a half hours off for lunch and one and a half hours off for dinner. Every twenty-nine days they would get twenty-four hours off. As they left Spring Garden Hall to report to their stations, they were heckled by former members of the volunteer fire companies. This was done despite the fact the majority of the paid department were former volunteers themselves.

Like members graduating from the fire academy today, they probably thought about their new careers and future assignments with the department. Among those being sworn in were David Humphries, John Rumney, Hugh McClintock, Samuel Killian, and William Lanigan. David Humphries was appointed Assistant Engineer (Battalion Chief). He would be the first member of the department killed in the line of duty. John Rumney was appointed Foreman (Captain) of Engine 12. He would retire February 1, 1925, at the age of 78 after over 54 years of service – all of them at Engine 12. William Lanigan would remain a Hoseman at Engine 12 for his entire career. He retired on February 1, 1925 after more than 54 years of service. Samuel Killian was eventually promoted to Captain. He retired as the Captain of Engine 57 on October 1, 1918, with more than 47 years of service.

Some of the others sworn in that day would resign after only a few months. Others would be fired. But these original members along with the thousands who followed in their footsteps laid the foundation for the department we have today 149 years later. 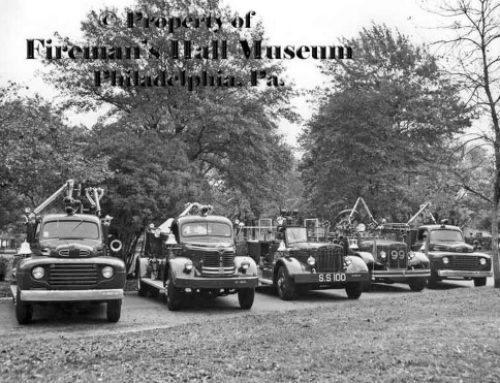