The Emergency Crew was organized on January 3, 1926. The company was comprised of a group of mechanically inclined firemen who provided upkeep and made minor repairs to the apparatus. They would stop at each firehouse and change the oil along with lubricating the axles, etc. of the in-service apparatus. The Emergency Crew also responded to extra-alarm fires city-wide to ensure the apparatus on the fire grounds was operating properly. They would respond to the fire with the fuel truck to refuel the apparatus operating at the fire. Also assigned to the Emergency Crew was a wrecker for towing rigs that were broken down. Chief Engineer William H. Murphy first proposed the formation of the unit in his annual report for 1916 but it took ten years for the proposal to come to fruition.

In 1942, the Emergency Crew built a searchlight truck using donated materials. A former patrol wagon, built on a 1935 Dodge chassis, was acquired from the Sheriff’s Department. The Pennsylvania Railroad donated generators and searchlights. The cost to the city for constructing the searchlight unit, in addition to the salaries of the Emergency Crew, was $10. This covered the cost of paint and pipe.

The Emergency Crew was renamed the Repair and Special Services Section on October 31, 1952. There was no change to their duties as a result of the name change. In the ensuing years, additional specialized apparatus was assigned to Special Services. All of the apparatus was numbered starting in the nineties preceded by S.S. The cover photo of this post shows the line-up of firefighting apparatus contained in the Special Services Section in the early 1950s being housed in the 6th Street above Lehigh Avenue station. Please note in the upper left-hand corner (photos below) is SS 99, better known as the “Giant Deluge.” Operation of this apparatus with its voluminous water stream can be seen in a YouTube video titled, “Philadelphia Fire Department 1958.”

On October 20, 1957 the Repair and Special Services Section was disbanded. The specialized apparatus assigned to the unit was dispersed among companies throughout the city. Maintenance of apparatus became the sole responsibility of the Office of Fleet Management. 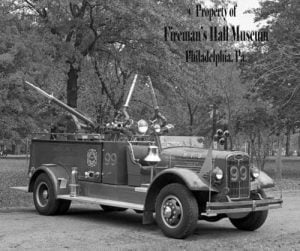 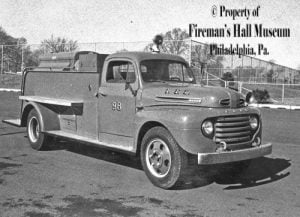 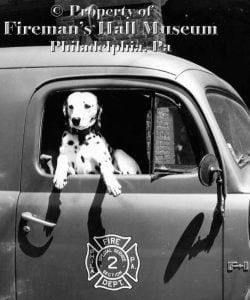 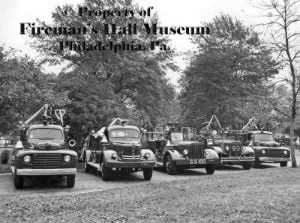 Line up of fire apparatus assigned to Special Services. 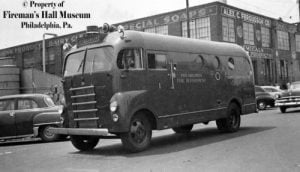 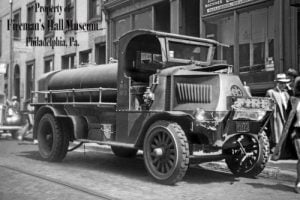 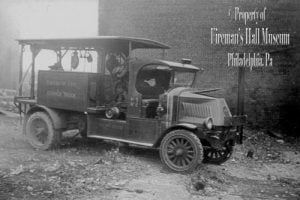 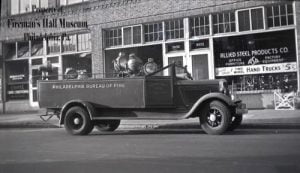 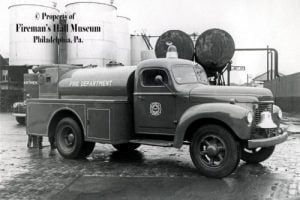 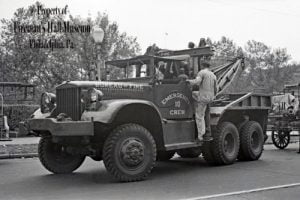 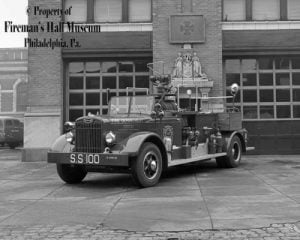 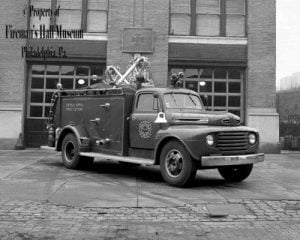 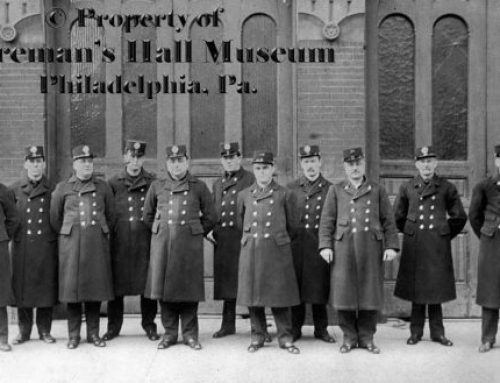