The Fire Insurance Patrol (FIP) in Philadelphia was placed in service on July 15, 1869. The station was located on Little Boy’s Court west of 2nd Street in Old City. The purpose of the Patrol was to prevent the destruction of a building’s contents from water damage as a result of a fire being extinguished. Often, the amount of water damage exceeded the amount of damage caused by the fire itself. The company would usually operate on the floors below the fire, spreading salvage covers over merchandise to protect it. The Patrol would also de-water buildings in the aftermath of a fire or sprinkler activation. In addition to providing salvage services, the Patrol’s role was expanded to building inspections. They inspected all buildings in the city’s high-value district and made a record of the building’s contents and their condition.
The Patrol was a legally incorporated entity that was funded by a stipend paid by the insurance companies writing policies for fire insurance in Philadelphia. They protected property without distinction of whether a property was insured or not. Like the fire department, the FIP had the right of way to a fire along with the right to enter any building on fire, or in danger, to protect or remove property in danger. Captain Terrance McCusker was the first commanding officer of the Fire Patrol.
Patrol 2 was placed in service on August 3, 1875 at 429 Hackley Street. The street name was changed to Hewson Street in 1895. An addition was added to the building in 1906 for use as a repair shop. The training school for the Patrol was established here in 1908. A reserve second section of Patrol 2 was placed in service during 1915. The second section was disbanded in 1941. Patrol 2’s station also served as their headquarters. During 1928 headquarters was moved to Patrol 3’s station on Market Street.
On April 1, 1909 Patrol 3 was established at 2122 Market Street. This was the first unit to receive motorized apparatus. When the company was motorized in 1911, its response district was extended to cover the built-up sections of West Philadelphia. This arrangement lasted until the formation of Patrol 5 located in West Philadelphia in 1922. It was not the policy of the FIP to send additional companies to extra-alarm fires. If the services of an additional unit were required, Patrol 3 would be sent since they were utilizing motor apparatus.
Three additional units were placed in service beginning with Patrol 4 on September 12, 1917. This company was stationed at 58 E. Haines Street in Germantown. Patrol 5 was organized on December 5, 1922 at 115 S. 51st Street in West Philadelphia. The last unit to be placed in service was Patrol 6. This company was stationed at 1680-82 Bridge Street in the Frankford section of the city.
Tragedy struck the FIP on April 17, 1937 when Patrol 5 and Engine 57 collided while answering the same alarm at 56th and Market Streets. Patrol Lieutenant Frank Price and Patrolman George McGonaghy were killed and two other Patrol members were injured. In the wake of the accident, Patrol 5 was temporarily placed out of service. The company was permanently disbanded on June 1, 1937. The former Patrol house at 115 S. 51st Street was sold to the Second Alarmers.
The effects of the Great Depression and World War had a profound impact on the operations of the Fire Insurance Patrol. On October 15, 1939 Patrol 4 in Germantown was placed out of service. Patrol 6 in Frankford was disbanded on January 1, 1941. Patrol 2 in Kensington was placed out of service on December 31, 1946. This left only two units to provide service, both located in Center City. Due to urban renewal in the Old City neighborhood, Patrol 1 was relocated from their station at 516 Arch Street to the station of Patrol 3 at 2122 Market Street. With this move, the response districts for Patrols 1 and 3 were revised. Patrol 1 responded to box alarms in the area bounded by Broad Street east to the Delaware River and Girard Avenue south to Tasker Street. Patrol 3 responded to alarms in the area bounded by Broad Street west to 52nd Street, from Girard Avenue south to Baltimore Avenue. Both units were available for special calls throughout the city.
On June 4, 1962 representatives of the companies funding the Fire Insurance Patrol met to decide the fate of the Patrol. During the meeting, that lasted twenty minutes, the vote was unanimous to cease operations. The last run for the unit was on June 20, 1962. At 0230 hours Patrol 3 responded to 39 S. 3rd Street. At its peak, 1926-1937 the Fire Insurance Patrol of Philadelphia operated six patrol stations with a budget over $300,000, with no cost to the taxpayers of the city. The Fire Insurance Patrol closed its doors on June 30, 1962 after nearly ninety-three years of service to the city. 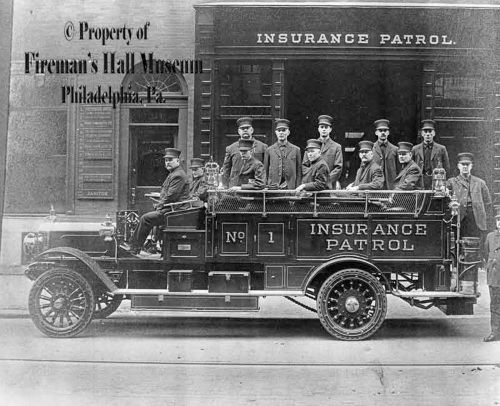 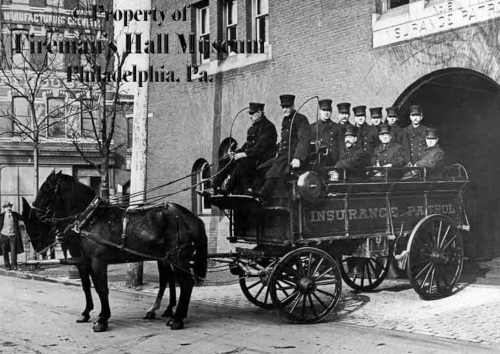 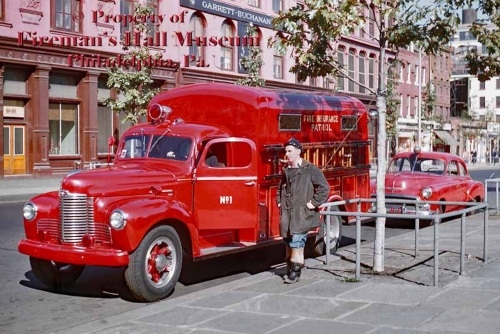 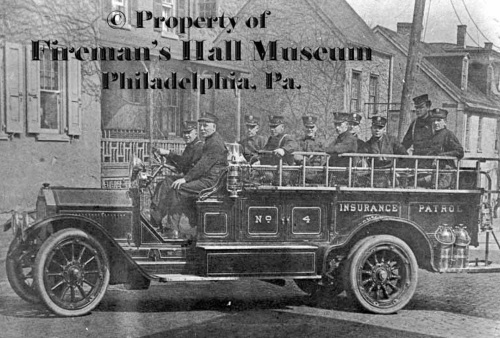