Engine 46 was organized on January 21, 1895, at Otsego and Reed Streets. In 1900 Otsego Street was renamed Water Street. The company was disbanded on April 7, 1957. Engine 53 moved into the station the same day Engine 46 was disbanded. This move was made to facilitate the renovation of Engine 53’s firehouse on Snyder Avenue. The station was closed permanently on December 18, 1957, when Engine 53 returned to their station upon completion of the renovations.

The company relocation survey of 1959 stated there was adequate fire protection in the area of Engines 18 and 36 at that time. However, as the area is developed, consideration should be given to placing an engine company in service in the area of Frankford and Linden Avenues. On June 29, 1966 Engine 46 was reorganized in a new station at Frankford and Linden Avenues. Battalion 13 was placed in service Thursday, October 5, 1967, at 1230 pm in Engine 46’s station. The following chiefs were assigned:

The battalion was composed of the following companies:

These companies continue to serve that section of Northeast Philadelphia from the Linden Avenue firehouse.

The firehouse at Water and Reed Streets still stands. At one time it housed a restaurant but it sits now vacant. 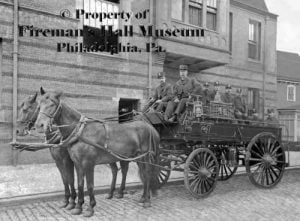 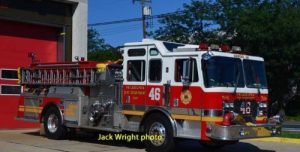 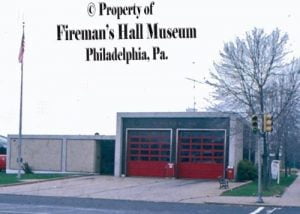