Shortly after 9:00 PM on Wednesday December 21, 1910 a passerby discovered a fire in the basement of the building occupied by the Friedlander Leather Clippings Company. The five-story brick building was located at 1116-20 N. Bodine Street in Northern Liberties.

At 9:16 PM, Box 294, 3rd Street & Girard Avenue was struck sending Engines 29, 21, 15, 6, 23 Trucks 7, 2 and Assistant Engineers 4, 6 out into the sub-freezing night. Arriving on location companies found heavy fire showing and spreading rapidly. Because of the severely cold weather, most of the hydrants in the area were frozen. Hot coals from the steamers were used in an attempt to thaw them. It was not until the fire had made significant headway that all companies were able to get into service. With conditions deteriorating the second alarm was struck at 9:26 PM. Companies responding on the second alarm were Engines 8, 2, 13, 22 Trucks 1, 4 Chemical 2 and Assistant Engineer 2.

With the arrival of the second alarm companies, progress was being made on the fire and it began to darken. Without warning, the front wall collapsed bringing the roof down with it. Numerous members operating on the interior of the building were buried under the rubble. Several were killed instantly. Those members who could ran unflinchingly to the aid of their brothers. A second collapse occurred while the rescue attempt was underway, swelling the list of dead and injured.

Thirteen fire fighters were killed along with one police officer. Injured were thirty-three fire fighters and four police officers. Hoseman William Glazer was pinned under tons of debris as well as the body of Hoseman Charles Edelman for fourteen hours. Police officer Edward Clark was credited with saving Glazer’s life by placing a rubber blanket over his head providing him a pocket of clean air to breathe. During his entire entrapment two local priests, Father Greenfill of Immaculate Conception Parish and Father Engbert of Saint Peter’s Parish, stayed by his side to provide spiritual comfort and emotional support. Both priests refused to leave Glazer’s side until he was freed from the wreckage.

The following lost their lives at the Friedlander fire:

Hoseman Harry Bertolet – Chemical 2
Appointed February 2, 1902
Survived by his elderly parents and seven children ranging in age from 2 to 10 years of age.

His wife passed away fifteen months prior to the Friedlander fire. Bertolet’s parents were helping to raise his children. His father, a sickly veteran of the Civil War, left the Soldier’s Home to help. At the time of his death, Bertolet was considering finding another job with hours more conducive to raising his children.

Ladderman John Collins – Truck 4
Appointed March 9, 1895
Survived by his wife and five children. The family was to celebrate his son’s first birthday on Christmas Eve (December 24).
The night prior to the Friedlander fire, December 20, Collins assisted with the rescue of a 12-year-old child from a dwelling fire at 513 S. Reese Street.

Hoseman Charles Edelman – Engine 6
Appointed May 6, 1898
Survived by his wife.

Ladderman George Matchinsky – Truck 7
Appointed December 5, 1910 – was a member of the Bureau only 16 days when he was killed
Survived by his wife and one child

Ladderman Samuel Park – Truck 1
Appointed May 14, 1895
Survived by his wife and one son.

Hoseman Thomas Pass – Chemical 2
Appointed August 3, 1892
Survived by his wife and one daughter.

Foreman Gustav Wittig – Engine 15
Appointed March 24, 1892
Survived by his wife and nine children, five boys and four girls, including a set of twins and one son who was blind.

To ease the financial burden on the families of the members who perished, the Police and Fireman’s Pension fund began to make payments. The widows received $20 per month as long as she remained unmarried. Each child under the age of 14 received $6 per month. Upon reaching 14 years old the payments ceased. The Academy of Music held a special matinee performance on January 12, 1911 with the proceeds going to the families of the deceased.

As was customary during that time period, the wife of Ladderman William Bihlmire was given a job as a matron at Chemical 4 housed with Truck 10 on Clearfield Street.

After receiving his body at their home, Ladderman William Bihlmire’s widow found the following poem in her husband’s pocket:

At 4:09 AM on Thursday December 22, 1910 a box was struck for a fire in Chicago’s Union Stockyards. As a result of a collapse of the fire building, 21 Chicago fire fighters were killed along with three civilians. In less than twenty-four hours, 34 fire fighters and 1 police officer were killed battling fires in two different cities. It was a very somber Christmas in Philadelphia and Chicago during 1910.

Please note, there is no known photo for Police Officer Gelles. 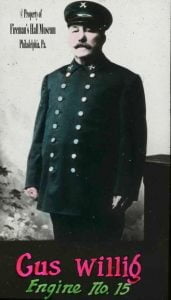 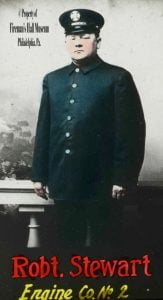 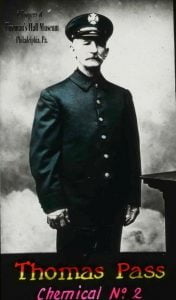 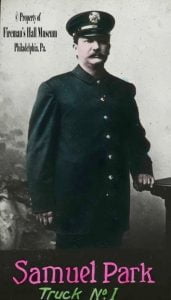 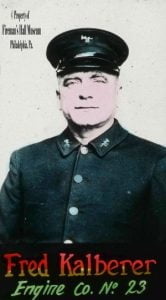 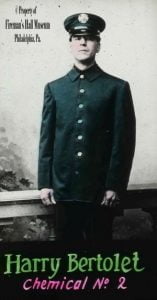 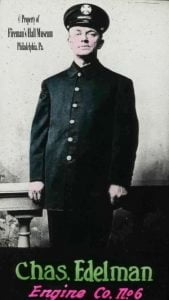 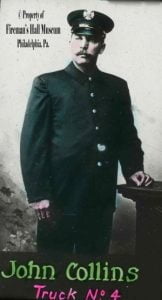 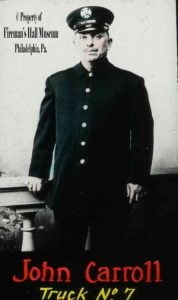 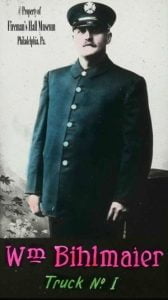 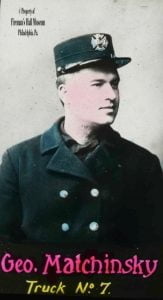 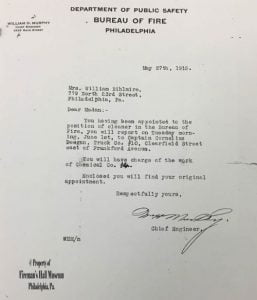 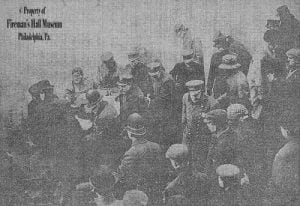 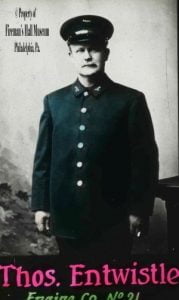 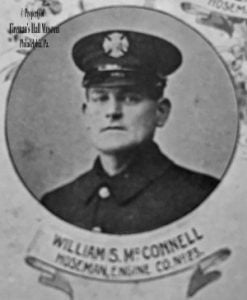