Engine 38 was organized February 1, 1892 6832 Tacony State Road. The address provided in the Annual Report is State Road at Penn Street, Tacony. The original company roster was as follows:

During the summer of 2010 Engine 38 was moved to Engine 33’s station while a new station was built for them. The old station at 6820 State Road was demolished due to expansion of Interstate 95. On August 2, 2010 the Philadelphia Fire Department initiated the rolling brown-out program. Since Engines 33 and 38 were doubled-up, the decision was made to permanently brown-out Engine 38 until their new station was completed.

In anticipation of Engine 38’s new station opening at 4931 Magee Avenue, the company was reorganized on October 4, 2012 at Engine 18’s firehouse. Engine 38 was used to cover browned-out companies and companies out of service for training throughout the city. This was on the day works only. On the night works Engine 38 was browned-out. Finally, on January 18, 2013 Engine 38 moved to their new station at 4931 Magee Avenue. They moved in with a new pumper with a 50 foot telescoping boom with a large nozzle on the end known as a “snozzle.” They then went by the new designation of Water Tower 38.

Thank you to the officers and members of Engine 38 for allowing Fireman’s Hall to use the community room located in their station for our membership nights. It has really helped us. 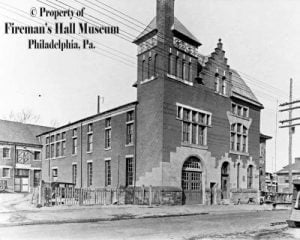 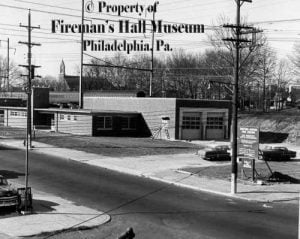 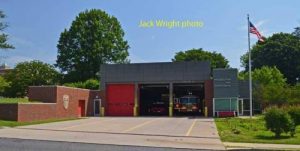 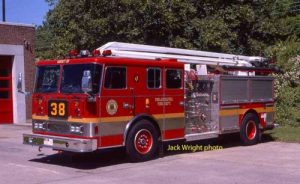 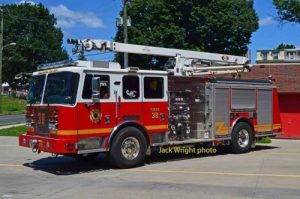