Engine 34 was organized March 10, 1886 at 1313 N. 27th Street in the Brewerytown section of the city. The original company roster was as follows:

The station was rebuilt after being struck by a fire in 1943. During 1976, Engine 34 moved to a new station located on the northeast corner of 28th and Thompson Streets.

On May 3, 1986 Engine 34 was dispatched on the fourth alarm for a fire in a vacant paper box factory located at 56th Street and Paschall Avenue in Southwest Philadelphia. Engine 27 was sent to cover Engine 34. When Engine 27 arrived at Engine 34’s station they noticed steam in rear of the station. Formerly assigned to Engine 34, Firefighter Edward Friel of Engine 27 was familiar with the problems with the heating system in the station. As he was descending the stairs to the basement, the heater exploded killing Friel instantly. Firefighter Dennis Dougherty and Captain Harris, who were following Friel down the stairs, were severely injured.

As a result of the explosion, Engine 34 was relocated to the station of Engine 13 and Ladder 1 while repairs were made. They returned to their own station on July 19, 1986. 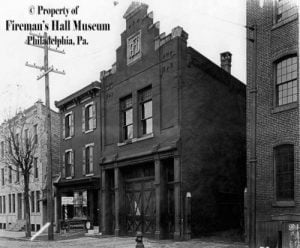 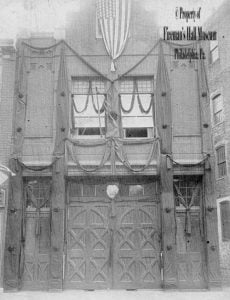 The station draped in bunting to commemorate the death of President William McKinley on September 14, 1901. 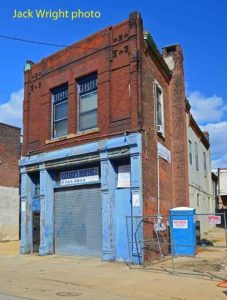 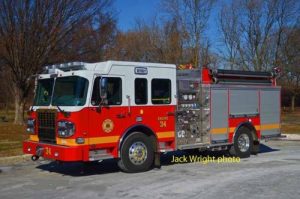 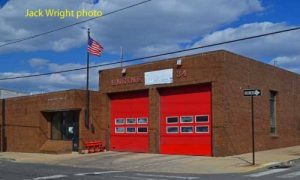