Engine 30 was organized at 3546 Germantown Avenue on August 1, 1884. The company was composed of the following members:

During Engine 30’s first full year of operation, 1885, the company responded to a total of forty-four alarms – forty boxes and four locals.

Assistant Engineer 8 was organized in Engine 30’s quarters during 1887.

In 1895 the city purchased the building for $11,000.00, saving the city $900.00 per year in rent for the property. In late 1899, Engine 30 was moved to temporary quarters located in an alley off Tioga Street, west of Germantown Avenue while their old station was razed and a new structure built. The members were housed in a dwelling which fronted onto Tioga Street. The apparatus and horses were kept in two separate sheds in the alley. These accommodations were not very efficient. The conditions were brought to light in an article appearing in the Philadelphia Evening Telegraph dated July 21, 1900. The reporter stated “This is the house furnished by a generous but dense Committee on City Property. There is probably no town upon the map that boasts even of a most antiquated fire apparatus that has not a better structure in which to keep it from the ravages of the elements”. 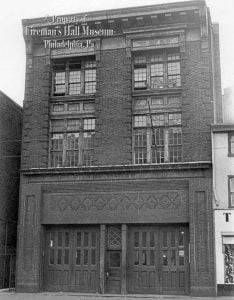 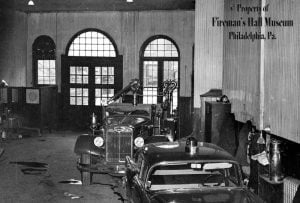 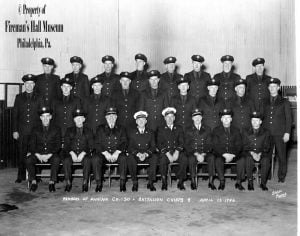 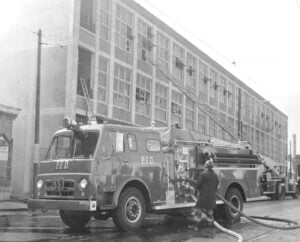