Engine 3 and Truck D were organized March 15, 1871 at 117-19 Queen Street in the former quarters of the Weccacoe Fire Company. This was an unusual arrangement since all of the other truck companies were organized in their own quarters. Rent for 1871 was $1083.33.

The original company rosters were as follows:

During 1874 Truck D moved to their own station at 319 Union Street. The street name was changed to Delancey in 1877.

A new station was built for Engine 3 at 115-17 Queen Street in 1898. The company would remain here until June 29, 1960 when they moved to their present station at Moyamensing and Washington Avenues.

Although the station built in 1898 has a different street address than the volunteer station, one can see from the photos below that they both occupied the same lot.

In 2017 the firehouse was featured in an article in the Philadelphia Inquirer – Queen Village firehouse finds new life in new century, see the article for more history on the building and additional photos.

Looking for interesting Philadelphia Fire Department Merchandise? Visit our store for great patches like this and much more. The store also carries a very unique patch for Engine 3 honoring the Weccacoe Hose Company. 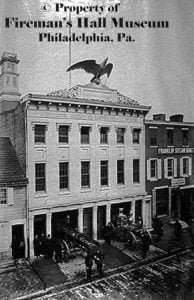 The original station at 117-19 Queen Street 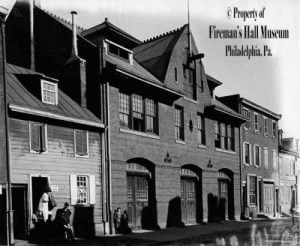 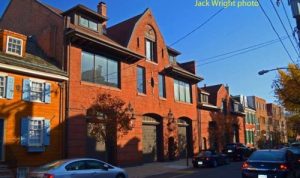 115-17 Queen Street as it looks today as a private residence. At one time the president of Conrail lived here 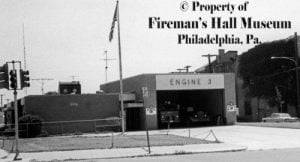 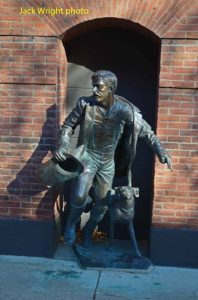 The statue in front of the station on Queen Street 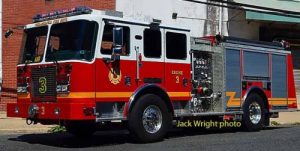 For a short time during 2015, Engine 3 had a green and yellow "3" on their grill to pay homage to their lineage to the Weccacoe. These were the colors of the Weccacoe Fire Company