Engine 2 was organized March 15, 1871 as one of the original twenty-two engine companies of the Philadelphia Fire Department. Their station was located on the southeast corner of 13th and Oxford Streets. Their firehouse was formerly the station for the Humane Fire Company No. 13. The city rented the building from the former volunteer company. Rent for 1871 was $833.33.

The original company roster for Engine 2 was as follows:

Mrs. Fetter was the company’s matron or janitress.

Engine 2’s first apparatus was an 1863 G&J Chapman 3rd size steamer (700 gpm) and a hand-drawn hose carriage with 800 feet of gum rubber hose with Jones Snap couplings. The steamer was purchased from the Humane Fire Company for $2,500.00. It was pulled by horses. The hand-drawn hose carriage was replaced late in 1871 with a Gardner and Fleming hose cart. The new hose cart was pulled by one horse.

Over the years, Engine 2 was housed in several stations. Listed below is a chronology of those locations: 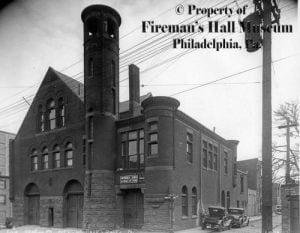 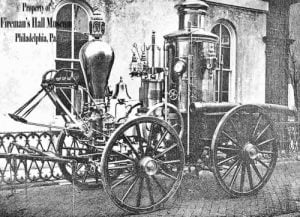 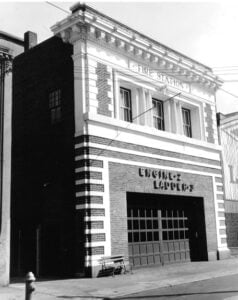 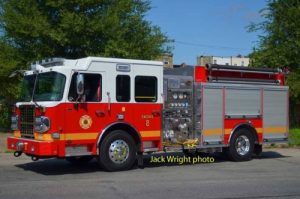