Mrs. Lawther was the company matron.

The company was assigned an 1859 Reaney & Neafie first size steamer. The steamer was purchased for the princely sum of $2500 from the Delaware Engine Company. It became a spare in 1873.

Engine 1 was one of seven companies disbanded on January 5, 2009 because “they were no longer needed”. Engine one was one of the four companies that was re-opened on November 23, 2019. They were assigned a 2004 American LaFrance pumper that had previously served with Engine 44 and more recently as a reservice as Engine 116. Welcome back Engine 1. 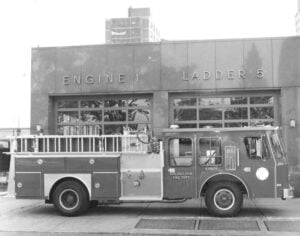 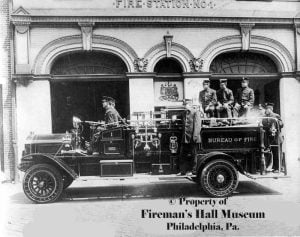 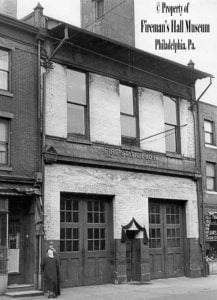 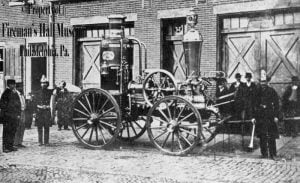 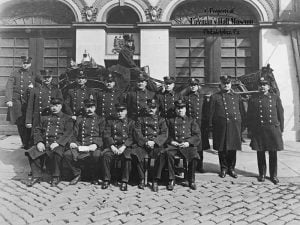 Group photo approximately 1890. The has cart was built by the department shops in 1885. 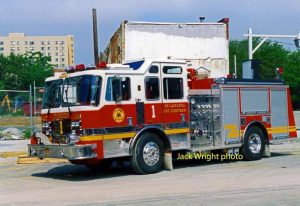