Engine 28 was organized as a temporary company on the grounds of the World Exposition in Fairmount Park during the centennial celebration of July 1876. With only two engine companies west of the Schuylkill River, Engines 5 and 16, the department wanted to provide additional resources to protect the buildings and large crowds expected to attend the event. When the exposition ended, Engine 28 was discontinued.

On April 1, 1878 Engine 28 was reorganized at 3068 Belgrade in the Port Richmond section of the city. The original company roster was as follows:

During 1909 the firehouse was renovated. Engine 28 would remain on Belgrade Street for nearly one hundred years. On February 21, 1978 the company moved into a new firehouse, their current location, at 2520 E Ontario Street. 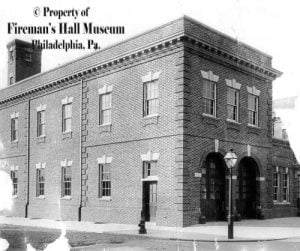 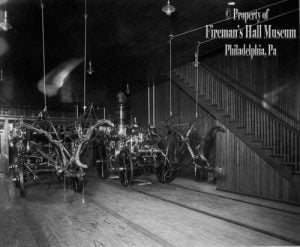 Engine 28 - Interior of Belgrade Street firehouse showing the steamer and hose wagon at the ready. 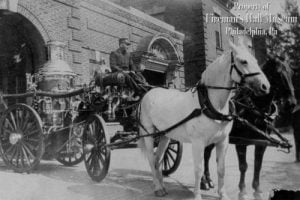 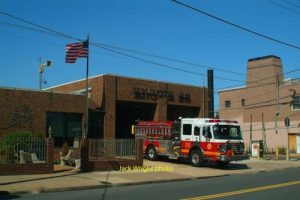 2520 E. Ontario Street with their current apparatus, a 2007 American LaFrance.