In the early part of the twentieth century, the insurance underwriters used to conduct tests to see how quickly companies could hike out to a box alarm. Engine 25 consistently had the quickest turn-out time earning them a blue ribbon. They thusly became known at the “Blue Ribbon Company”. 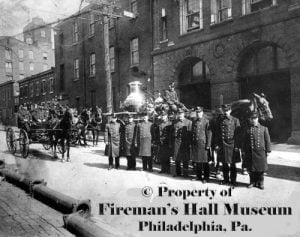 Engine 25 with their 1889 Silsby 2nd size steamer (900 gpm) and their 1899 Holloway combination hose wagon. They would use both of these pieces until the company was motorized in 1921. Also pictured is Assistant Engine 6 (Battalion) with their shop built buggy. 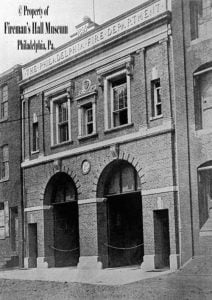 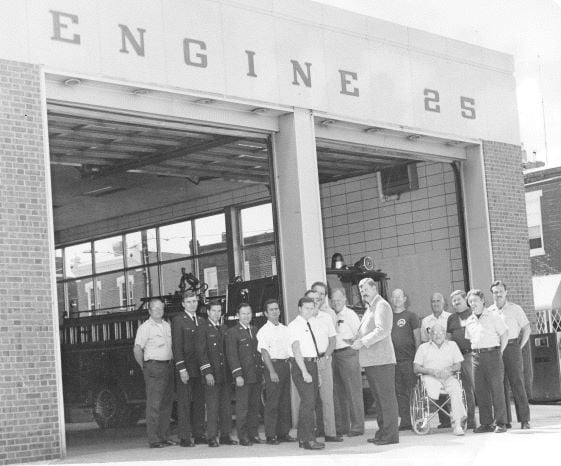 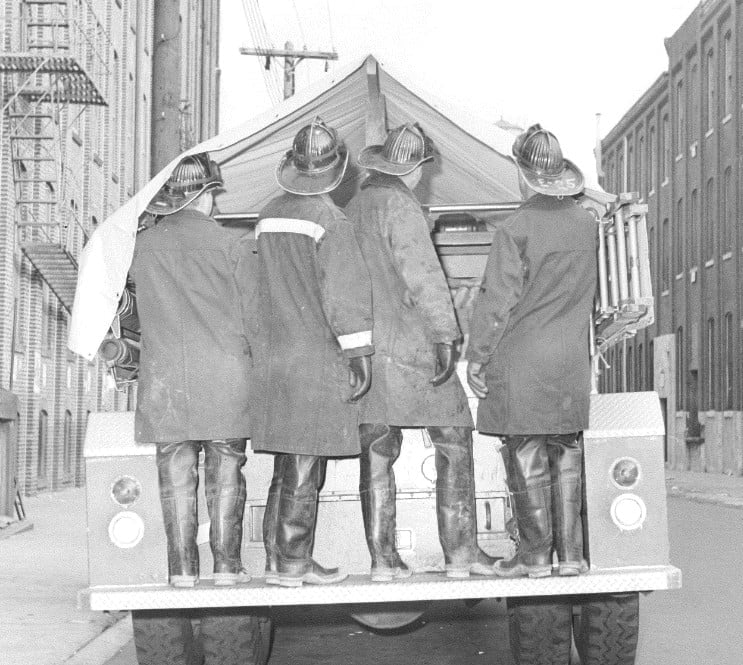