Engine 19 was organized March 15, 1871 at 18 East Armat Street in the present-day heart of Germantown. Engine 19’s station was formerly occupied by the Fellowship Fire Company No. 27. The station was rented from Ambrose Reiber. Rent for 1871 was $602.08.

Mrs. Lackman was the janitress

They were in service with a third-class steamer built by J.L. Chapman of Philadelphia, and a four-wheel hose carriage.

Note the helmet sculpture at the top of the building in the second photo below. That sculpture is currently on display at Fireman’s Hall Museum. Also shown in this photo is Auxiliary Rescue 4’s 1951 Chevrolet and Engine 19’s 1941 Ward LaFrance.

Currently, the station houses the engine, Ladder Tower 8, Medic 28, and Deputy 3. For many years, Battalion 9 was housed in this station, but on January 23, 2019 it was moved to Engine 12 in Manayunk. 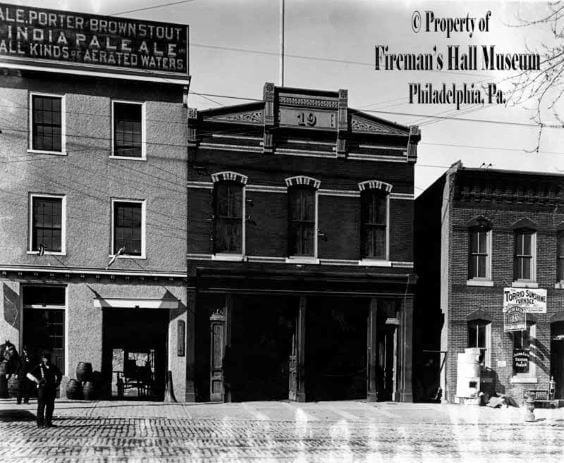 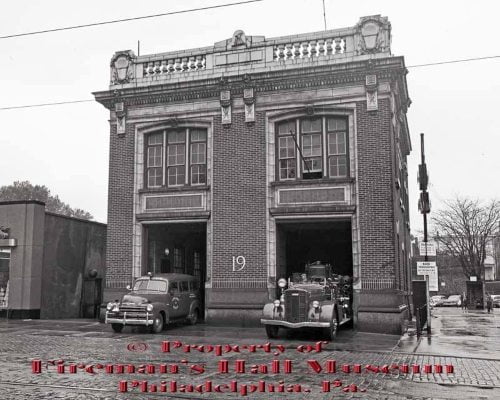 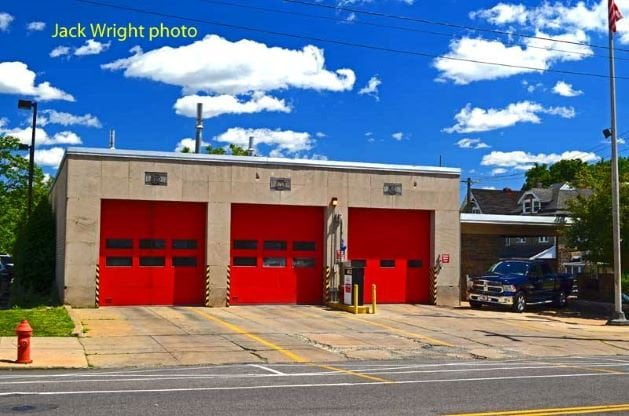 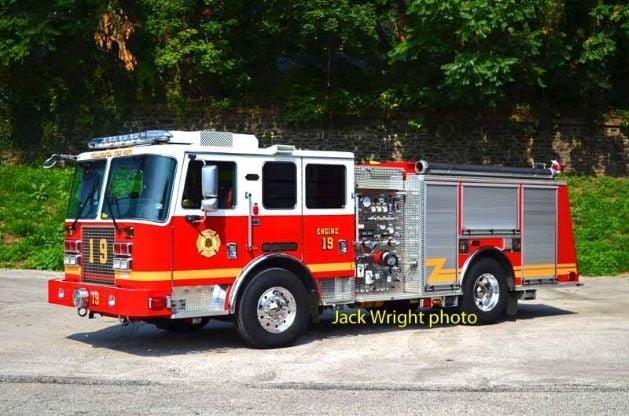 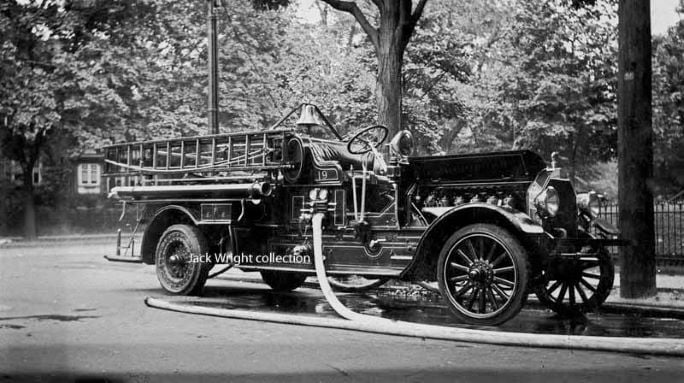