Engine 20 was organized March 15, 1871 in the former quarters of the Diligent Fire Company on the southwest corner of 10th and Filbert Streets.

At 4:43PM on October 30, 1938 Box 52 at 5th and Callowhill Streets was struck. Engine 20 responded north on 9th Street and the Rescue Squad, responding from Headquarters responded east on Race Street. At the intersection of 9th and Race Streets the Rescue Squad collided with Engine 20’s wagon. The impact threw four firemen from the apparatus, propelling one into a civilian standing on the sidewalk, fracturing the civilian’s pelvis. Hosemen William Freudenberg and John Linaka, both of the Rescue Squad were killed. Eleven other members of the Bureau were injured along with two civilians. The box they were responding to was pulled for an automobile fire. 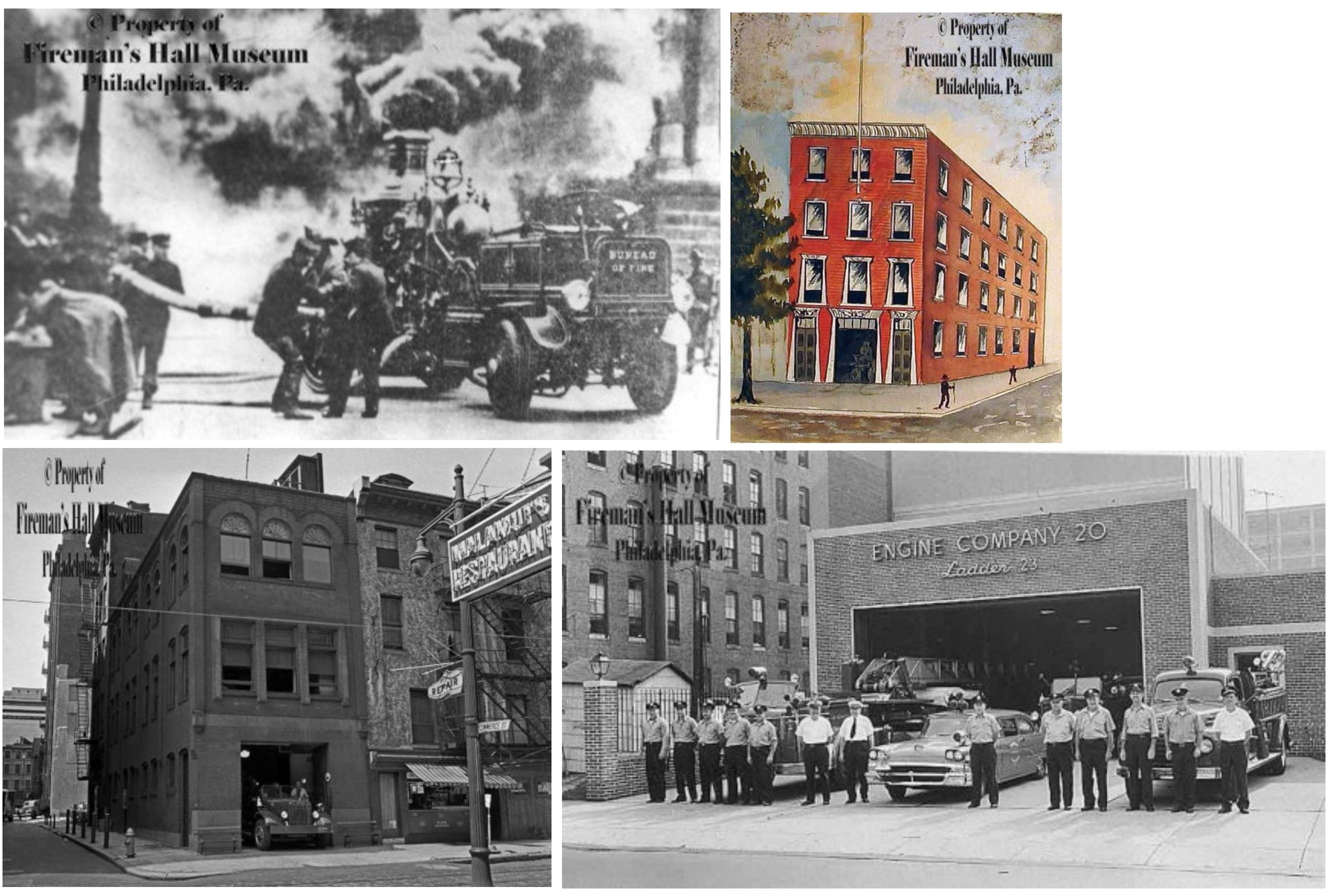