Engine 12 was organized March 15, 1871 at 4450 Main Street, replacing the volunteers belonging to the Manayunk Fire Company. The building was rented from the volunteers. During 1871, the city paid the volunteer organization $446.66 in rent.

During 1873 Auxiliary Truck 12 was placed in service with the company. This provided ladder company equipment to the area. When responding, Engine 12 would respond with the steamer, hose wagon, and ladder truck.

The company occupied this building until 1875 when they moved into a new station at Main and Centre Streets. (Centre Street’s name was later changed to Dupont Street.)

In 1927, the company moved to a new station at 4545-51 Main Street just below Green Lane, and is its current location. 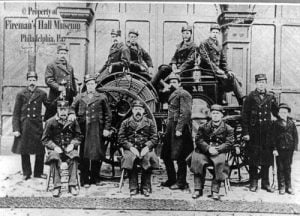 John Rumney is shown standing at the far right of this photo, next to the young lad. 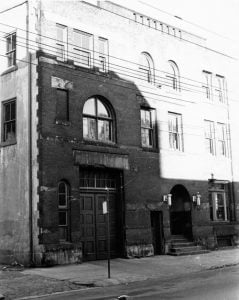 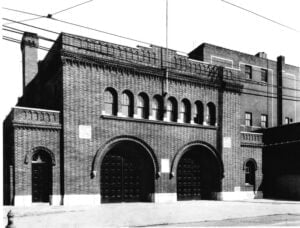 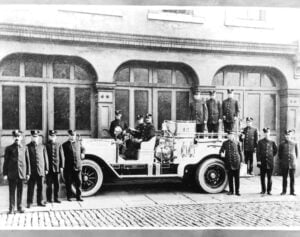