Engine 51 was organized during 1906 at 5931 Old York Road. The company was motorized in 1918 when they were assigned a 1918 American LaFrance tractor that was attached to their 1909 American LaFrance steamer and a 1918 American LaFrance hose and chemical wagon. During 1928, Engine 51 was assigned a 1927 American LaFrance pumper and a 1927 American LaFrance hose and chemical wagon. This apparatus replaced the steamer, ending the era in the Philadelphia Fire Department.
Battalion 2 was moved to Engine 51’s station on May 25, 1959 from Engine 32’s station in Center City. This move was made to provide a more even distribution of companies among the battalion chiefs and increase fire ground supervision in that area of the city.
In 1969, Engine 51 was moved to the station of Engine 63 and Ladder 17 to facilitate the construction of a new station at Old York Road and Champlost Avenue. The new station was completed in 1972 and Engine 51 and Battalion 2 moved into their new quarters. On April 9, 1972. Rescue 18 moved to Engine 51’s station from Engine 61. The station got a bit more crowded on July 1, 1988, when Ladder 29 was moved into the station. This move was made to increase ladder company coverage due to the closing of Ladder 17. All four companies continue to respond from the station. 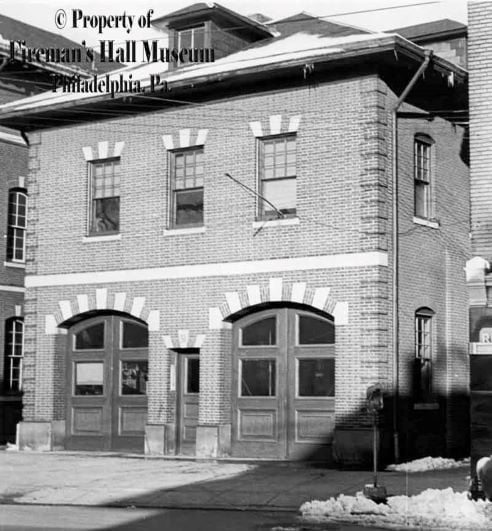 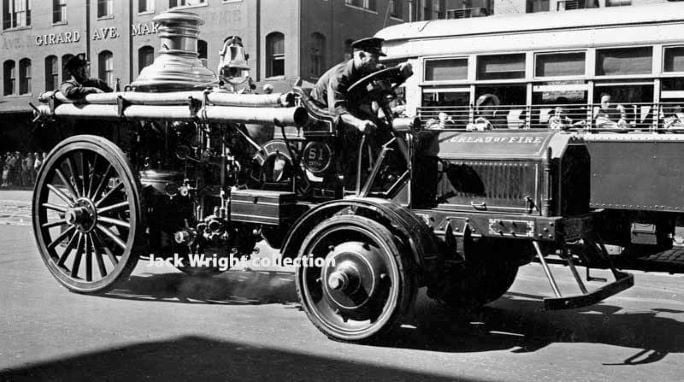 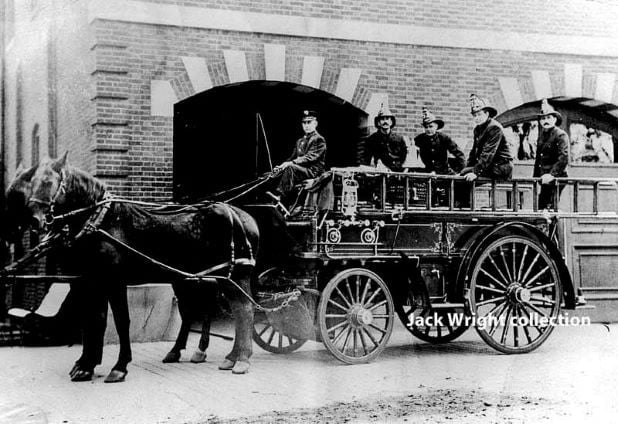 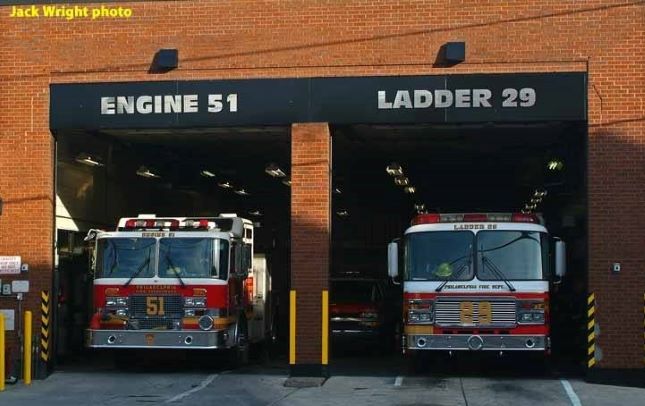