Engine 33 was organized October 19, 1886 at 4752 Richmond Street in the Bridesburg section of the city. The original company roster was as follows:

Mrs. Bomaray was the company matron.

Note: Engine 33 was organized without a Foreman. George F. Smith was assigned as Foreman on January 1, 1887.

The company operated from this station until 1964 when they were moved to a garage rented from the Koppers Coke Company on Margaret Street east of Richmond Street. This move was made so a new firehouse could be built on the lot where the old station was located. On October 14, 1965 Engine 33 moved to the new station at 4750-58 Richmond Street. Engine 33 continues to provide protection to Bridesburg from this station. In 2001, Engine 33 received an E-One combination structural/foam pumper to better protect nearby chemical plants and Interstate 95. It is currently known as Foam 33. 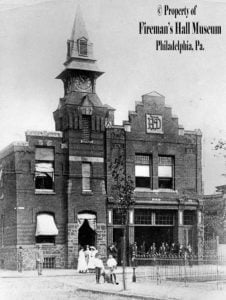 The original station with the police station next door. 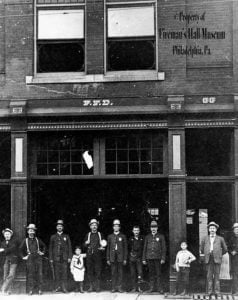 A group shot of fireman, police officers, and neighbors. 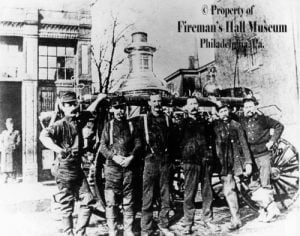 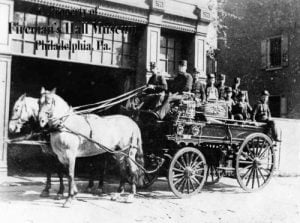 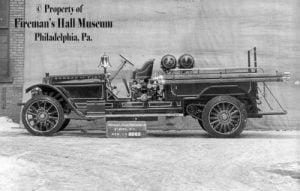