Engine 26 was organized February 22, 1873 in the quarters of Engine 22 on Evalina Street east of 3rd Street. This arrangement lasted until 1874 when construction of Engine 26’s station at 1011-13 Pleasant Street was completed. In 1876 the street name was changed from Pleasant to Hamilton Street.

On Saturday December 10, 1949, Battalion 4 responded to Box 3236 at Randolph and Jefferson Streets. Captain James Ford of Engine 26 was acting Battalion Chief for the tour. Acting Battalion Chief Ford died of an apparent heart attack while responding to the box with his foot on the siren. His aide didn’t notice anything was wrong until they arrived on location and the siren didn’t shut off. ABC Ford was a veteran of the Bureau of Fire for over thirty-one years. He was appointed as a Hoseman to Engine 22 on June 17, 1918. 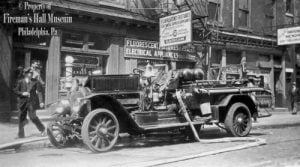 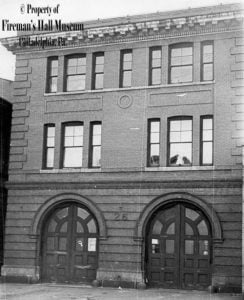 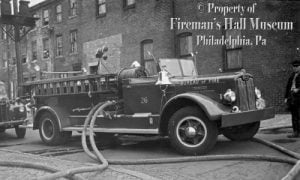 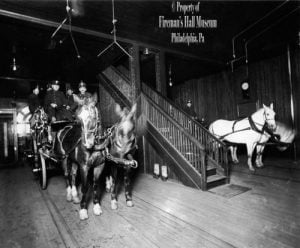 Interior shot of Engine 26 at 1011-13 Hamilton Street with the horses hitched to the wagon (left) and the steamer (right).