Truck “E” was organized on March 15, 1871 on the southwest corner of 20th & Hand Street (now called Waverly Street) in the quarters of the Fame Hose Company.

Mrs. Cox was the matron (janitress).

In 1952, part of a city capital improvement plan was the consolidation of engine companies and ladder companies into one firehouse to cut costs. Ladder 5 was the last single ladder company station in the city to be combined with an engine company when it moved in with Engine 1 and Battalion Chief 5 at a new station at 711 South Broad Street on December 15, 1964 where it remains today.

In 1966, it was the first ladder in the city to receive an 85-foot Hi-Ranger Snorkel. This apparatus, developed by the Chicago Fire Dept., had an articulating, water-piped, aerial device with a bucket on the end that could hold two men.

Throughout its existence, Ladder 5 has served areas of both Center City and South Philadelphia. 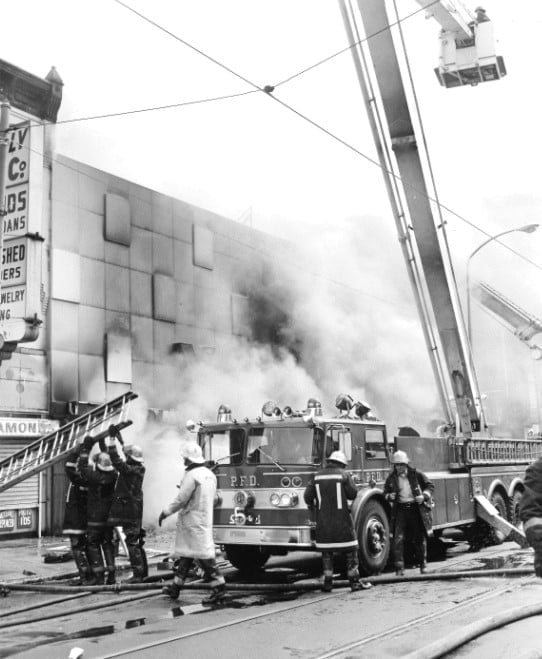 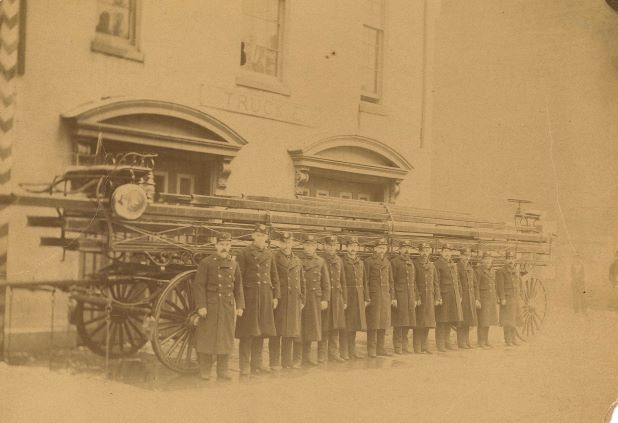 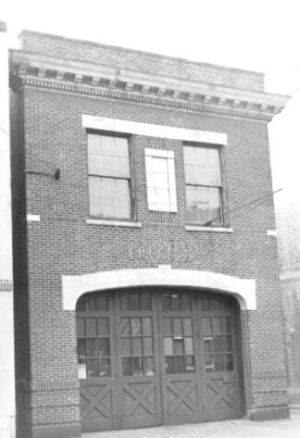