Mrs. Smith was the Matron (janitress).

On May 25, 1953, Ladder 4 moved to Engine 32’s station at 239-41 South 6th Street. In 1955, a new rear-mount, 100-foot Maxim-Magirus was assigned to Ladder 4. The Magirus aerial ladder mounted on the Maxim chassis was made in Germany. With an overall length of just under 32 feet, the apparatus was expected to be more maneuverable in heavy traffic.

On September 18, 1961, Ladder 4 moved to Engine 40’s station at 65th & Saybrook Avenue in Southwest Philadelphia, as opposed to Center City where there was a concentration of ladder companies, this location was over 2.5 miles from neighboring ladder companies at 50th & Baltimore Avenue and by the airport.

Today, Ladder 4 remains at this location along with Engine 40 and Medic 19. 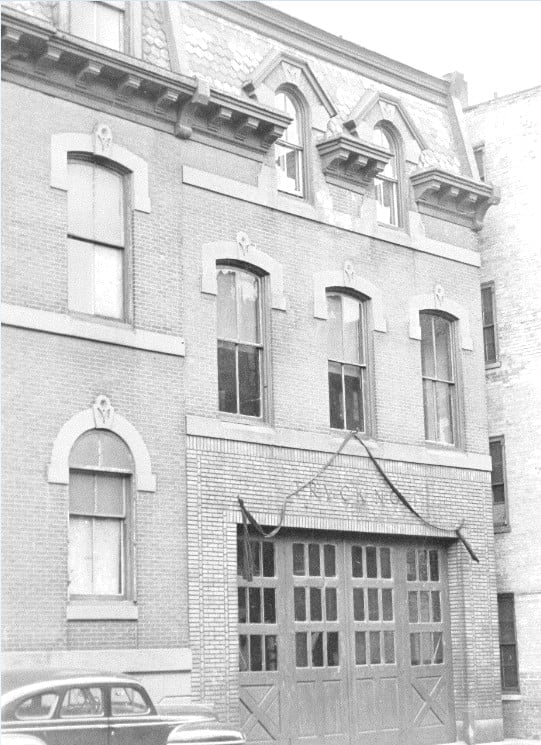 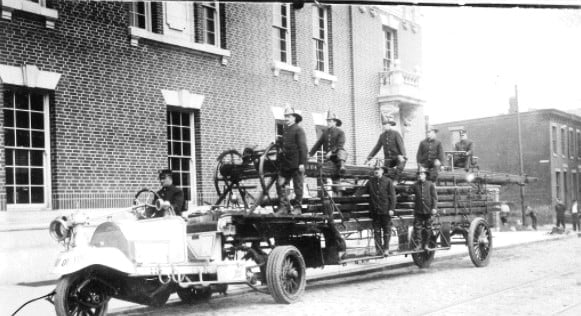 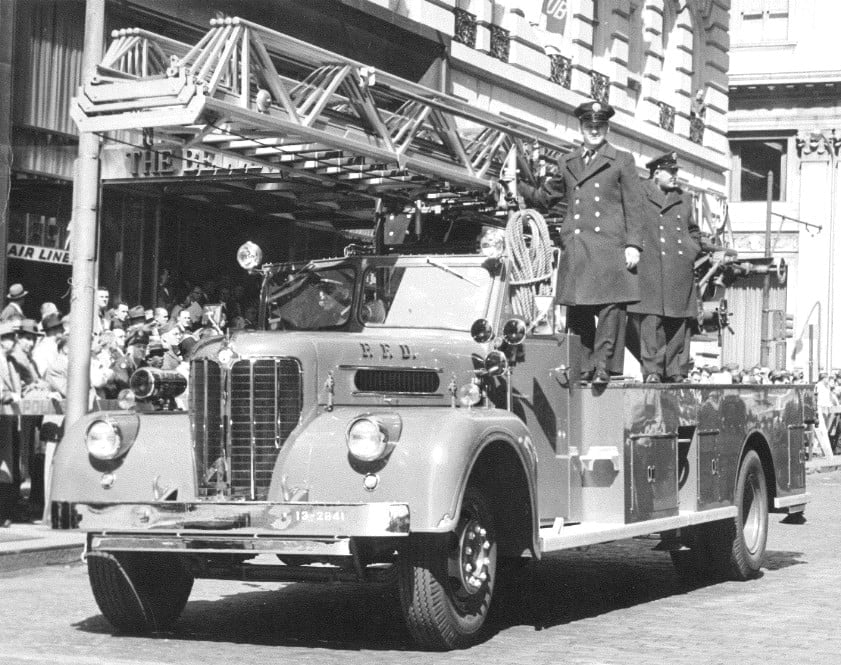 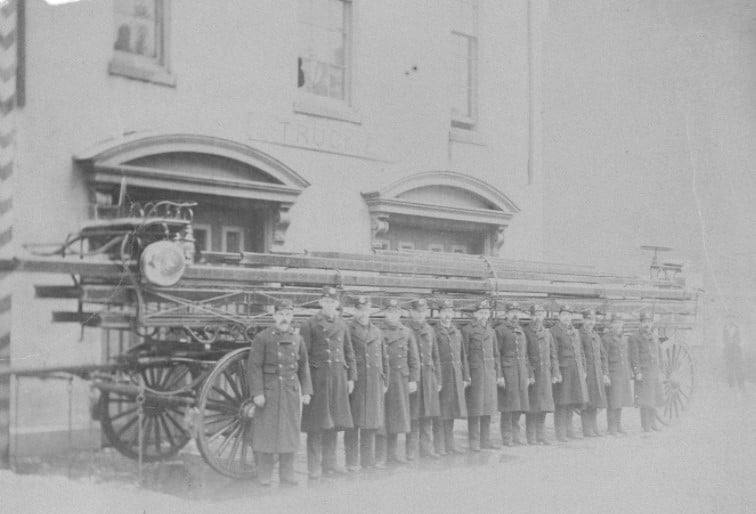