The History of EMS/Paramedic Services

The History of EMS/Paramedic Services

At 8:00 AM on May 1, 1951 the Philadelphia Bureau of Fire placed five Auxiliary Rescue units into service. Beginning approximately 1948, the Bureau of Fire began dispatching its heavy rescue companies on “heart cases.” At that time, there were four heavy rescue companies covering the city. Among the specialized rescue equipment carried by the rescues were resuscitators. As the number of responses to medical emergencies began to increase, it became evident the Bureau was not utilizing its resources wisely by sending a large truck, equipped with specialized tools, and staffed by a crew of six fire fighters. Additionally, there was the risk the heavy rescue units could be needed for a fire or rescue but would not be available to respond due to being assigned to the medical call. The Auxiliary Rescues eliminated these concerns. They were staffed by two fire fighters detailed from the Rescue companies and were equipped to provide basic first aid and administer oxygen via a resuscitator as well as transport the patient to the hospital. This was the beginning of the Bureau of Fire’s foray into emergency medical services.

On February 11, 1963 Rescues 1 and 2 were deactivated as heavy rescues and converted to small rescues. With the demand for the small rescues increasing, it was felt the services provided by the heavy rescue companies were redundant with those provided by the engine and ladder companies. The department now had eleven rescues providing emergency medical service to the city. In the late 1960s and early 1970s, the city of Philadelphia utilized funding from the federal government to increase the number of units in service. By 1972, the number of units had been increased to twenty.

Steps were taken to provide more comprehensive patient care during 1973. Twenty department members completed paramedic training. With this training, members could now administer medications, initiate intravenous, and provide advanced airway management. Prior to this program being implemented, members staffing the rescues were fire fighters detailed into the unit, whose only training was basic first aid and cardiopulmonary resuscitation (CPR).

Rescue 7, at 21st and Market Streets, was selected to be the test unit for the new paramedic program. Beginning October 22, 1973 Rescue 7 responded from Philadelphia General Hospital (PGH) with a doctor on board from 8:30 AM to 4:00 PM Monday through Friday. They responded along with Rescues 1, 3, 9, and 14 on all responses for heart attacks, severe bleeding, and trauma. On October 8, 1973 responses with the selected rescues was amended to the area bounded by Girard Avenue on the north, Snyder Avenue on the south, Broad Street on the east, and 52nd Street on the west. At the end of the trial period, the paired responses accompanied by the physician from PGH were discontinued and the Mobile Intensive Care Unit (MICU) program was placed into operation twenty-four hours a day seven days a week.

As more members received paramedic training, the number of MICU rescues was increased. By 1975 there were a total of six units staffed with paramedics. These units were stationed to provide city-wide coverage. Also during 1975, Emergency Medical Technician (EMT) training became mandatory for all new fire fighters hired by the department. This training provided the member with a higher degree of medical training, including, basic first aid, CPR, and administration of oxygen. Fire fighters with this certification began to be used to staff the rescues that were not MICU.

Three rescues were organized during 1984. These were the first rescues to be placed in service since 1977. This was the beginning of the expansion to the Emergency Medical Services (EMS) division of the department in an effort to keep pace with the ever-increasing volume of calls for medical service. To help alleviate the strain on the EMS system, the First Responder Program was initiated during 1984. Under this program, an engine or ladder, staffed with at least one EMT, would be dispatched along with a rescue on selected medical responses.

Beginning in 1989, the department took the unprecedented step of hiring certified paramedics. Prior to this, the department’s paramedics were hired as fire fighters. They would then volunteer for paramedic training. Under the auspices of this new program, the newly hired paramedics would undergo training in department operations and policies and then be assigned to a unit. There was no need to wait approximately one year for paramedic training to be completed. Because of this, the number of paramedic staffed rescues could be increased quickly, as was the number of units in service.

The terminology for the rescues was changed June 1, 1990. Beginning on that date, the rescues became known as medic units.

As the number of requests for medical assistance continued to spiral upward, the number of medic units was increased in an effort to keep pace. Some of the new medic units began to operate on a twelve-hour basis, during the peak times for service requests to help alleviate the workload. At the present time, there are sixty medic units covering the city of Philadelphia. Fifty are full time units, operating 24 hours a day, and ten are part-time units operating from 8am to 8pm.

The city is divided into five EMS zones. An emergency services captain or lieutenant with a car is designated in each zone. For example, ES 10 is housed with an engine company. They respond to EMS calls to assist when CPR (Code Blue) is being given or fire calls where a number of medic units have responded.

What started as an attempt to provide basic medical care and hospital transport to the citizens of Philadelphia, has burgeoned into one of the busiest EMS systems in the nation, providing high-level, quality pre-hospital care. 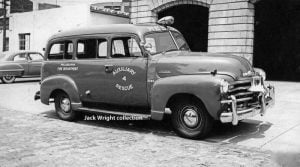 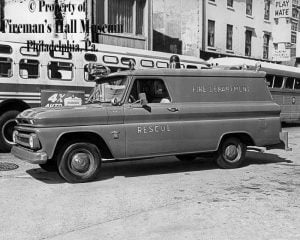 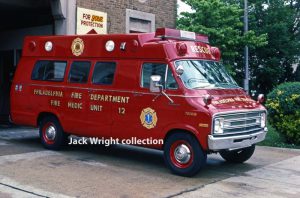 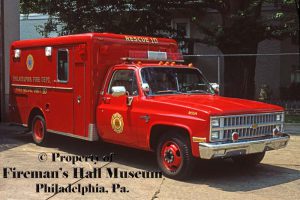 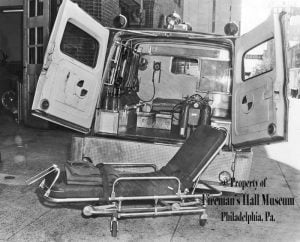 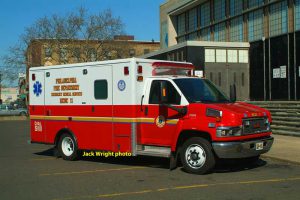 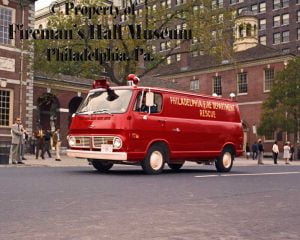 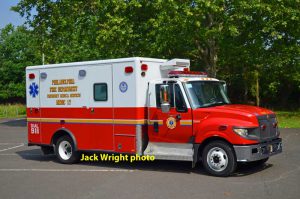 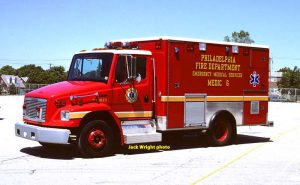 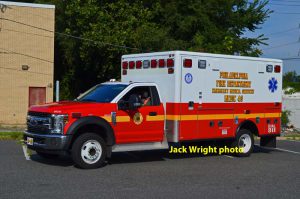 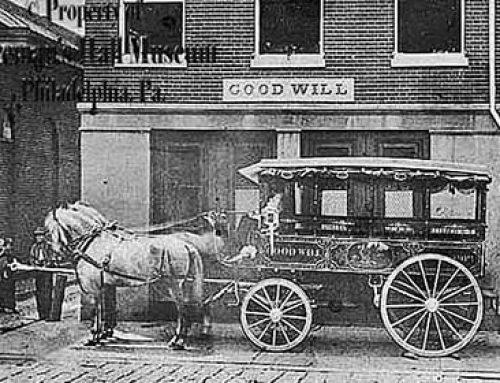 The history of ambulance services staffed by fire fighters Gallery

The history of ambulance services staffed by fire fighters