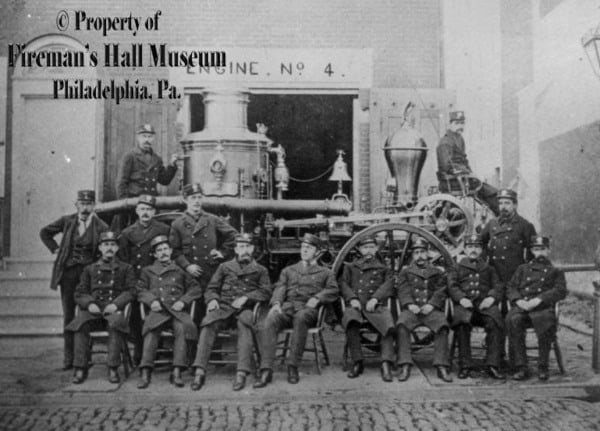 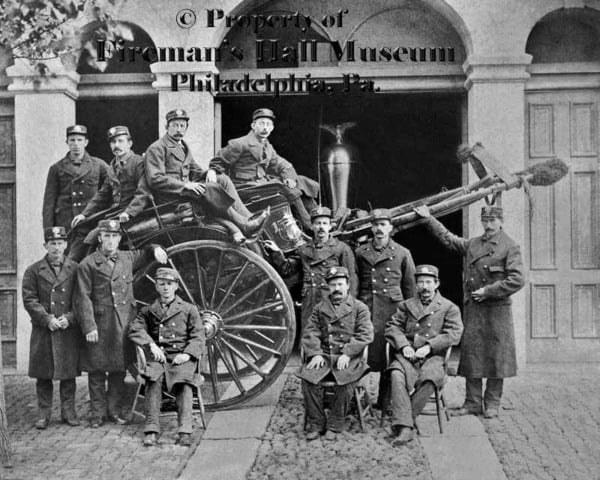 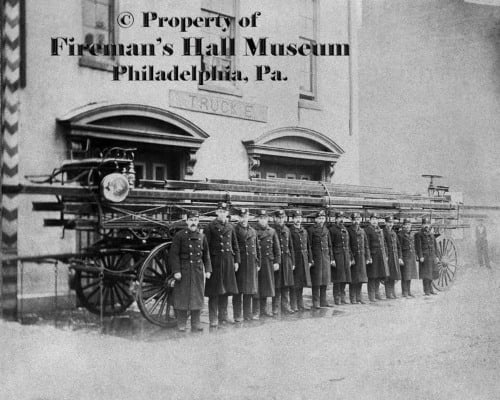 At 10:00 AM on Wednesday March 15, 1871, three hundred and fifty-five men gathered at Spring Garden Hall, 13th and Spring Garden Streets, to be sworn in as members of the newly organized paid fire department in Philadelphia. They were assigned to twenty-two engines and five truck companies under the supervision of five Assistant Engineers. Chief Engineer William H. Johnson commanded the department.

Each member signed the following: “Having been appointed a member of the Philadelphia Fire Department, I hereby agree to abide by all the ordinances of Councils, and rules and regulations of the Fire Commissioners relating thereto.”

Prior to dismissing the assembly to report to their assignments to get the stations and apparatus in order to begin responses at 6:00 PM, turnout gear was issued to each man present. Since Councils had made no appropriation for the gear in the bill creating the department, the cost of each man’s equipment was deducted from their salaries in installments. When a man left the department, his gear would be purchased from him for the actual value at that time.

While addressing the group, Jacob Laudenslager, President of the Board of Fire Commissioners stated, “It rests with the men themselves to make the department respected at home and abroad. The people of Philadelphia are slow to make improvements, but after a long time they have brought themselves to have a department which can be a credit to the city.” As with all great institutions, it’s the people who make it great. The Philadelphia Fire Department is no different. With each successive generation of fire fighters, they carried on with the traditions of dedication and service, despite the obstacles that were laid before them, that continues today.

Celebrate the 150th anniversary of the PFD and support the museum with your purchase. Challenge coin and patch are now available in our store! https://firemanshallstore.com 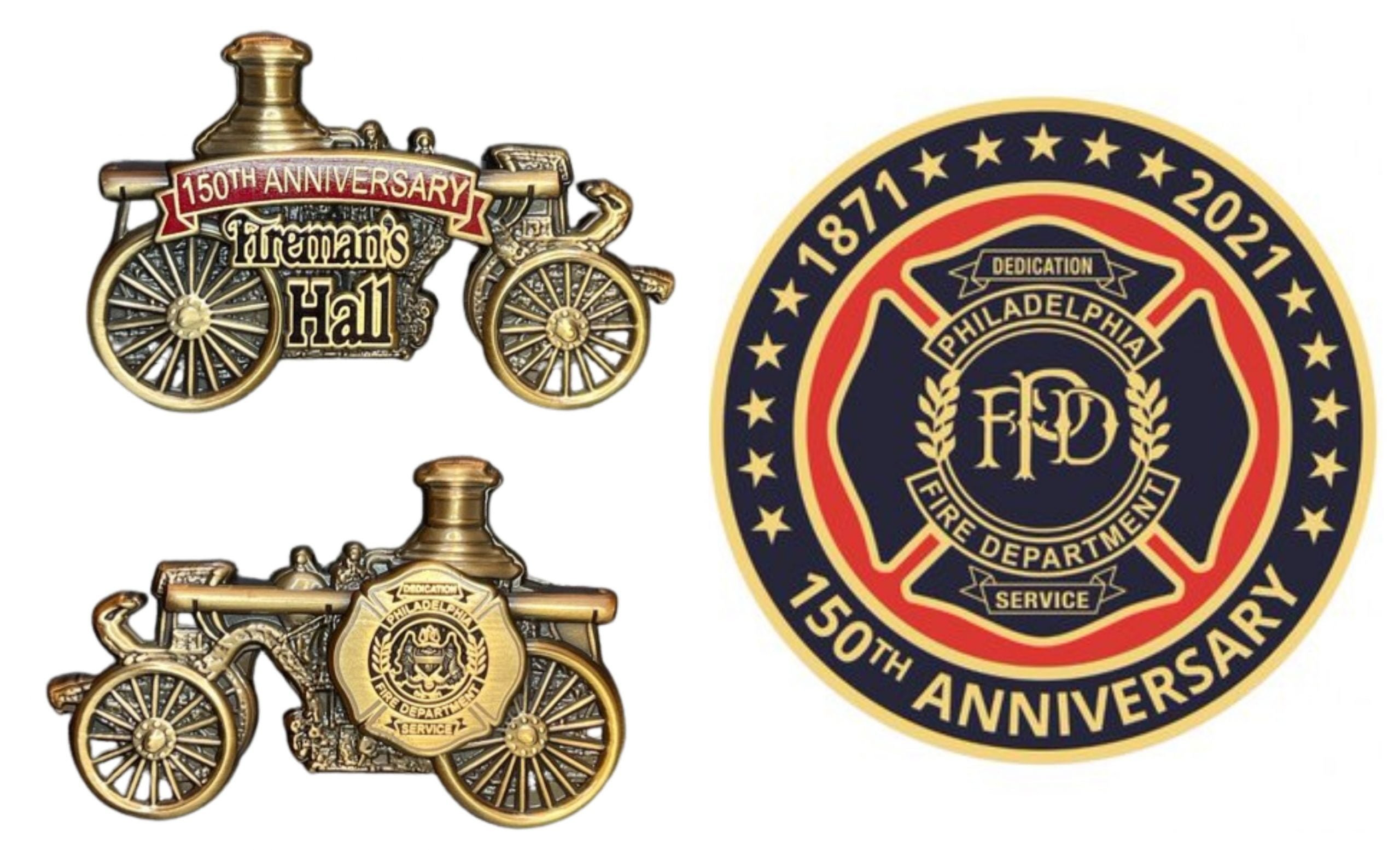