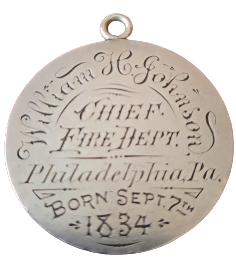 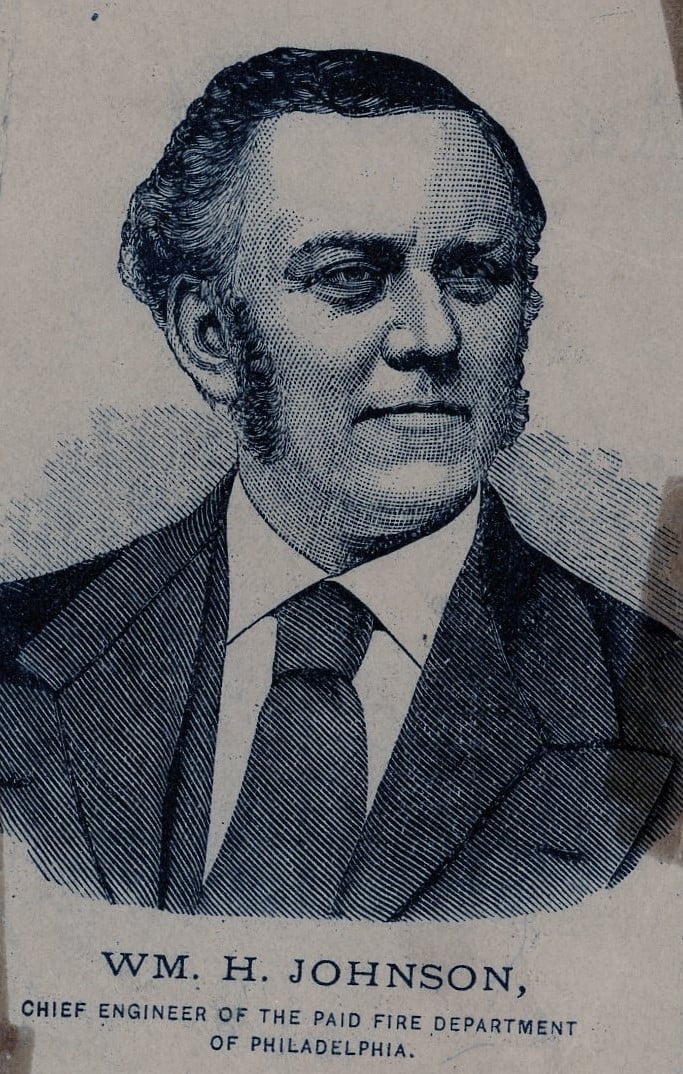 Johnson began his career in the fire service joining the volunteer Good Will Fire Company of Philadelphia. Johnson was elected as an active member of the Good Will in September 1859.

On March 15, 1871 when the paid fire department went into service, Johnson became the department’s first chief engineer. The modern-day equivalent of chief engineer is the title fire commissioner. Johnson served as the Chief Engineer until his resignation on February 11, 1879. Johnson had also served the city as a sergeant of police under Mayors Henry and McMichael.

In January 1873, Johnson was elected vice president of the newly formed relief association of the paid department. During his career he was a prominent organizer of the International Association of Fire Engineers and was the association’s fourth president nominated in 1876. He served the organization for many years and was bestowed the title of honorary life member. He was active in the Volunteer Firemen’s Association of Philadelphia and a founding member at its inception in December 1875.

On January 4, 1874, while fighting a building fire on Market Street, between 2nd and 3rd Streets, Johnson was seriously injured while attempting to stabilize a ladder upon which several firemen were standing. The ladder fell, and the chief was violently struck by the equipment resulting in a compound fracture of his lower leg. Johnson had been in command, positioned on the flat third story roof of a building adjacent to the fire.

Following his departure from the fire department, in 1887, he organized and was a member of the Veteran Firemen’s Association of Philadelphia. In April of 1887, he was appointed superintendent of van and police patrol of the Philadelphia Police Department, a position he held until 1893 when he was selected as chief inspector of the National Fire Prevention Committee of the National Board of Fire Underwriters. He held that position for many years until retiring. Johnson was well respected throughout his careers in the fire service both locally and nationally. He died on January 1, 1917 and is buried in Westminster Cemetery in Bala Cynwyd, PA. At the time of his death, it was noted that he was prominent in Masonic circles. He resided in north Philadelphia living at 2353 N. 19th Street.