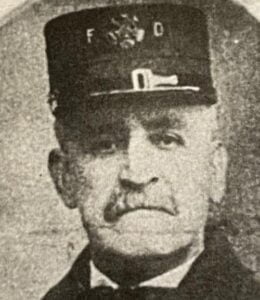 When Chief Engineer Waters resigned on April 1, 1913, Cook was named Acting Chief Engineer although he was at his home at 1128 E. Montgomery Ave. recovering from two fractured ribs sustained at a recent fire. On October 1, 1913, Cook resigned from the fire department after twenty-six years of service.

Samuel Cook died on December 27, 1943 at his home, 4511 Comly Street, Philadelphia. His obituary stated that he was a member of Masonic Lodge No. 155 for fifty-one years and at one time had served as a Republican Committeeman in Northeast Philadelphia.